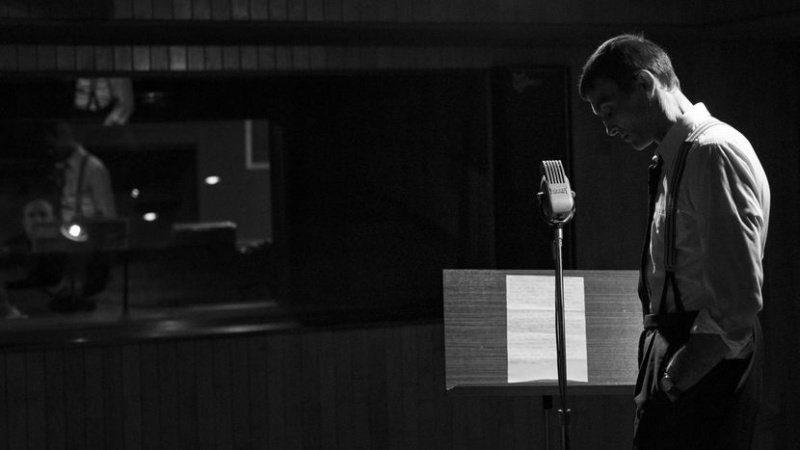 Blending 'fictional' re-creation, archive footage and musical performance, this formally inventive, engagingly impressionistic film by Pat Collins about Irish folk singer Joe Heaney is no conventional biopic. Like Collins’s acclaimed Silence (LFF2012), Song of Granite is both audacious and perfectly accessible as it chronicles Heaney’s life: from boyhood in 1940s Connemara, through urban hardship as a labourer in Britain, to fame and further exile in North America, from the mid-1960s to his death.

More interested in questions of Irish identity and cultural legacy (the sparse dialogue is largely in Gaelic) than in biographical detail, Collins tends to avoid linear drama; once Joe leaves his native village, the narrative itself begins to fragment, as if mirroring his divided sense of self. Yet this tender but unsentimental film remains wholly coherent, thanks partly to the marvellous monochrome camerawork, partly to the music: unaccompanied, old as stone, authentically heartfelt.