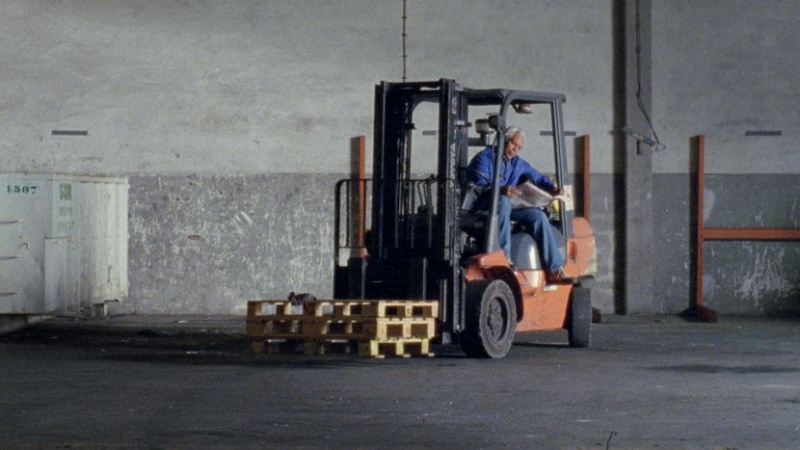 Portuguese director Pedro Pinho and a bustling cast face up to the economic crisis with guts, pithy humour and even the occasional song. Joyously wrenching the tradition of agitprop cinema into the 21st century, The Nothing Factory is lively, inventive and impassioned – kin to Miguel Gomes’s recent The Arabian Nights but with an approach entirely its own.

The setting is a Lisbon lift factory whose owners plan to bail out, leaving the workforce high and dry. Instead the workers stay put with encouragement from an activist and filmmaker (played by real-life documentarist Daniele Incalcaterra). His presence brings a Brechtian dimension to a film whose ensemble style makes it closer to the sprawling social panorama of Abdellatif Kechiche’s Couscous than to Ken Loach. An unpredictable structure also finds room for a sudden song-and-dance number, as well as interludes from the punk band led by worker Zé (José Smith Vargas).