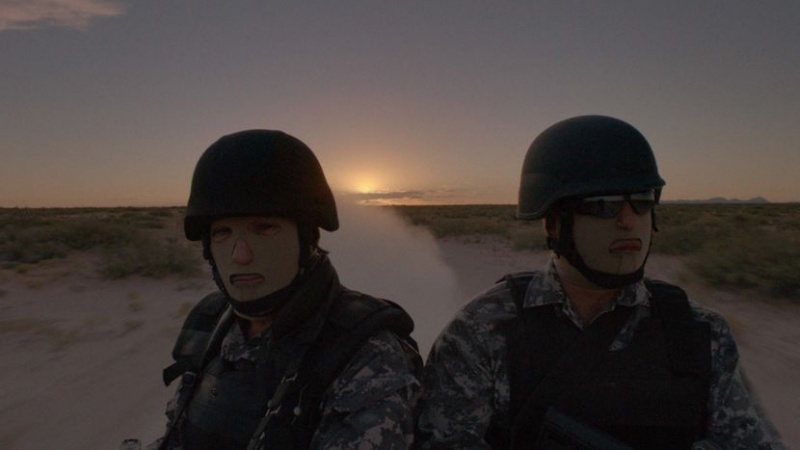 The Mexican drug war is seen from a new angle in this gripping film that finds victims and perpetrators confronting us with their nightmarish stories.

In the past five years, this barbaric war has claimed a staggering 100,000 lives. Where violence has become normalised, corruption endemic and life so cheap that it can be ended for ten dollars, everyone in Mexican society is affected – citizens, gang members, police and military.

Everardo González reveals this horror through the vivid testimony of eyewitnesses wearing surgical masks to protect their identities; the nameless figures use their anonymity to speak directly and with shattering candour. The interviews are filmed in stark, dimly-lit rooms. The storytellers remain faceless, but the depth of emotion emanating from their eyes feels like a window directly into the soul of the Mexican people. The intimacy of these environments adds immeasurably to the power of this devastating, minimalist film.