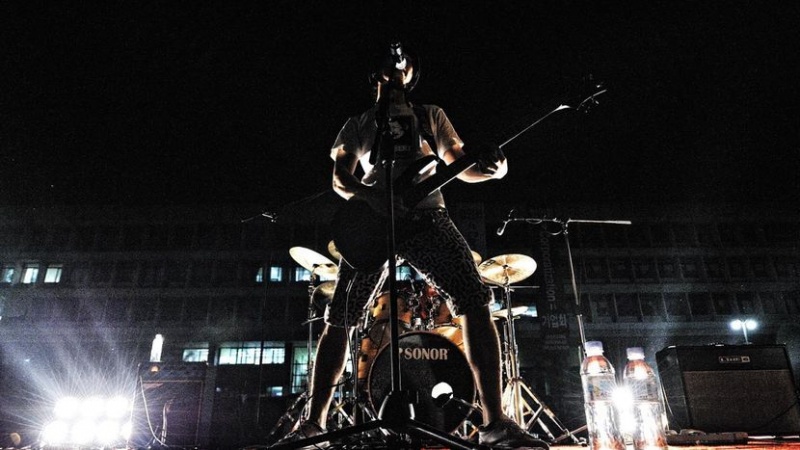 Embracing nihilism, protest, politics, rebellion and a strong sense of humour, young Korean band Bamseom Pirates give a masterclass in punk activism. A grindcore duo in the Lightning Bolt style—drummer and singer—and miles away from the bubblegum of K-pop, Bamseom Pirates play at political benefits and occupations protesting privatisation.

They often face violent opposition, with hired thugs paid to smash up their gear. But it's their hilariously sarcastic lyrical content, including the ironic championing of Kim Jong-il, that gets them into deep trouble, especially when their manager is arrested for jokingly retweeting a North Korean Twitter account.

Accustomed to using humour as a Trojan horse, will the band compromise the 'never explain' ambiguity they prize? An audience hit at the Rotterdam Film Festival, this is energised lo-fi documentary filmmaking, offering an alternative perspective on Korean life and highlighting the perils of political activism in a censorious society.