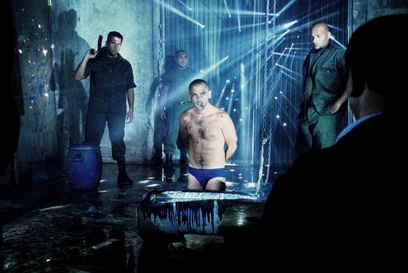 Playing like a Lebanese update of Costa Gavras' seminal thriller Z, director Samir Habchi's Beirut Open City – the Rossellini reference is intentional – is a pulsating voyage through a Beirut underworld teeming with intelligence agents, secret torture chambers and seductive ladies of the night. Set in the 1990's at the height of the Syrian occupation of Lebanon, the film follows Egyptian actor Khaled El Nabawi's photojournalist as he attempts to make a film about the brutal interrogation methods used by the shadowy intelligence services against political dissidents. He finds himself drawn ever closer into a deadly game of intrigue as the authority's net tightens around him. In a separate part of the city, a newly married Lebanese man is accidentally shot to death by the trigger happy bodyguards of the U.S. ambassador. These seemingly unlinked events hurtle towards each other in a city where the truth seldom reveals itself from the shadows.