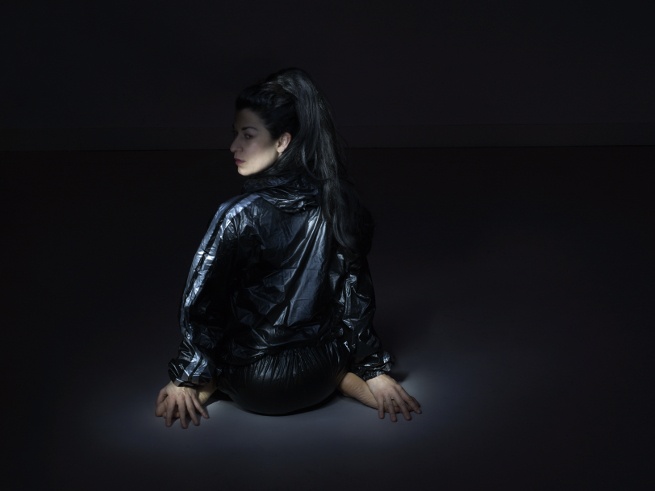 Art Night: Two Temple Place: Alexandra Bachzetsis: PRIVATE: Wear a mask when you talk to me

Performances are at 7pm and 10pm, with a running time of 60 minutes. No late admissions

Alexandra Bachzetsis will present a new performance PRIVATE: Wear a mask when you talk to me (2016) and Gold (2004) in the rooms of Two Temple Place, a highly ornate building designed by one of the foremost neo-Gothic architects of the late nineteenth-century, John Loughborough Pearson.

Bachzetsis’s solo work PRIVATE: Wear a mask when you talk to me, combines everyday gendered behaviours—including postures, bodily gestures, rituals and fashion—with languages of movement and music, such as Oriental drag queen dances, gym, yoga exercises, iconic Michael Jackson moves and choreography by Trisha Brown, a pioneer of contemporary dance. Bachzetsis morphs fluidly from one character into another, inhabiting their movement, posture and gesture, to playfully deconstruct how sexual identity and gender manifests in every day human behaviors and visual culture.

Private: Wear a mask when you talk to me

Alexandra Bachzetsis (born in Zurich) is an artist, performer and choreographer based in Basel and Zurich. Recent presentations have taken place at the Pompidou Centre, Paris, 2015; Art Basel Parcours, Zurich, 2015; Tate Modern’s live online programme Performance Room, 2014; the Stedelijk Museum, Amsterdam, 2013 and dOCUMENTA (13), 2012. In 2008 she took part in the 5th Berlin Biennial for Contemporary Art and had a major solo exhibition show, curated by Adam Szymczyk at the Kunsthalle Basel.

Private: Wear a mask when you talk to me

The project is supported by the Swiss Cultural Fund UK