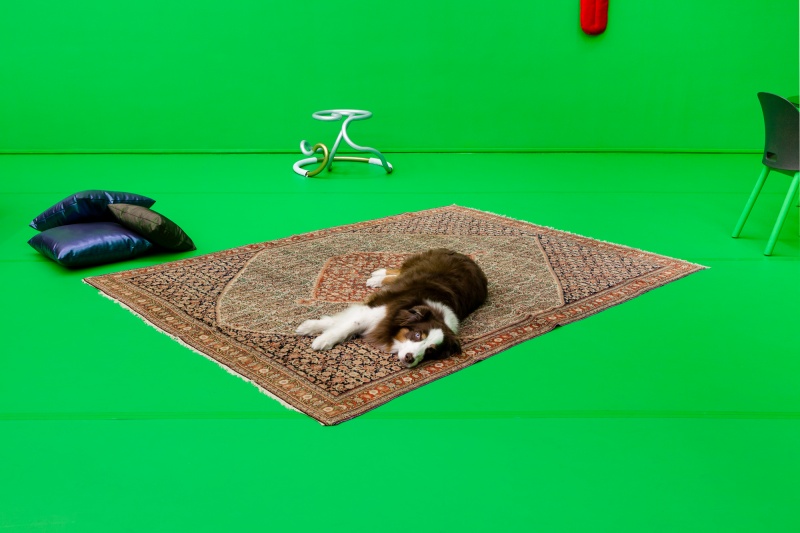 Nina Beier presents Anti-ageing, a cycle of performance sculptures that are inserted into a show model of a luxury flat, in order to draw attention to the relationship between life and the constructions of its image.

The show model of the luxury flat by the developer St Edward at 190 Strand is a carefully designed space, with highly styled décor selected to represent a luxuriant way of living. The works on display in Beier’s Anti-aging will exist in the tableaux of the show model as a form of living still-life; a dog plays dead on a Persian rug for  a few minutes; fresh vegetables are always ripe and never decay; and a young man chain-smokes a packet of cigarettes outside the window. Anti-ageing creates a situation in which the everyday actions of living beings and organic materials become markers of time, interwoven into the static ready-made of the apartment.

Anti-ageing was originally commissioned by Swiss Institute as part of Performa 15, with the support of the Danish Arts Foundation, curated by Laura McLean-Ferris.

The project is supported by St Edward, currently developing 190 Strand.