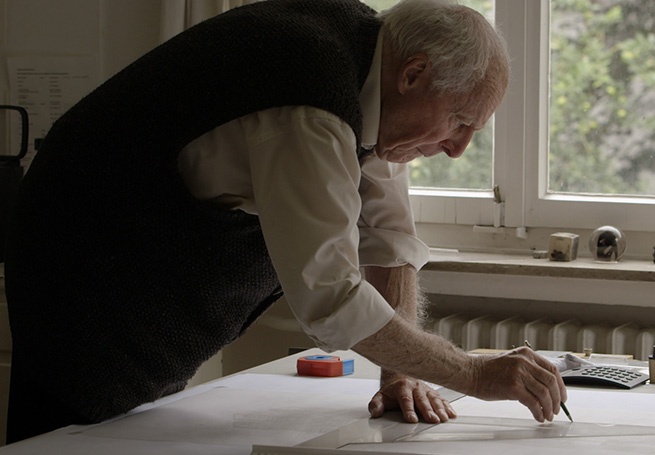 Introduction by Regner Ramos, Creative Director and Editor-in-Chief of LOBBY Magazine. The film is followed by a discussion led by James Taylor-Foster, Editor at LOBBY, with director Maurizius Staerkle-Drux.

Gottfried Böhm is widely regarded as Germany’s preeminent architect. The son of a master builder of churches, he is the patriarch of a modern architecture dynasty to which his three sons Stephan, Peter und Paul now belong. By realizing outstanding prominent buildings of their own, the Böhms have managed to step out of the shadow of their famous father. But the ongoing crisis in the German construction industry, among other things, has stoked the fires of competition between the brothers. Gottfried, now 94, still contributes daily to the work on current planning and construction projects. With the death of his wife Elisabeth, also an architect and a key source of inspiration for all four Böhms, the family loses its emotional lodestone. Can the fragile architecture of the family business a viable model for the future?

Concrete Love paints an intimate and pointed portrait of the complexity and inseparability of life, love, faith, art and architecture.