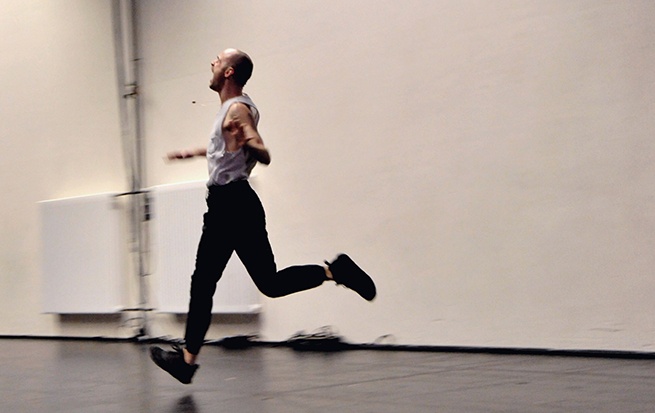 _fieldnotes is a solo performance by Andrew Kerton that can be considered an exercise in spatial embodiment exploring inner and outer physical limits through action, language, sensation and thought.

Andrew Kerton is a multidisciplinary artist whose practise has centred around performance and video works and includes writing, drawing, sound works and sculpture. He received his BA in Sculpture at Brighton University before attending the de Ateliers post-graduate studio programme in Amsterdam. As part of his practise he has collaborated as a performer for various international visual artists and was a founding member of Keren Cytter's internationally touring dance company D.I.E NOW (Dance International Europe Now). His videos and performances have been shown internationally, including CNBD, Bucharest; Auto Italia, London; Bat Yam MoCA, Bat Yam; HAU, Berlin and Migros Museum, Zurich. He recently graduated from the SoDA program at HZT in Berlin, where he pursued intensive research into somatic awareness and its conceptual significance.