This great selection of zines by the ICA Bookshop will keep you busy reading all summer. 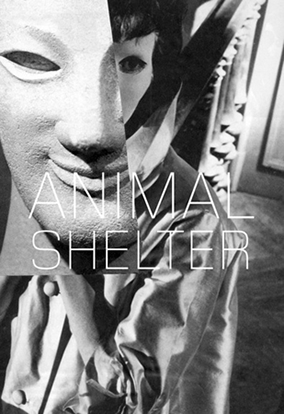 From reflections on the political significance of contagion to metacommentary on the act of reading magazines, this great selection of zines by the ICA Bookshop will keep you busy all summer.

Animal Shelter #3
£8.00
“The magazine travels slowly. People are still discovering Animal Shelter #2 more than a year after it came into print“ says Chris Kraus in the Skype transcript-cum-editorial introducing the latest Animal Shelter, Semiotext(e)’s irregular periodical. Published in the second half of 2013, it has only just arrived on our shelves, like it’s stumbled in from a boozy week in Magaluf, head aching with the nausea of sun on sand and the smell of sex. It includes writing and artistic contributions from a host of the Semiotext(e) extended family, the young, the old, the dead, the overlooked, underappreciated, unrepentant and unashamedly queer. Editor Hedi El Kholti employs Kraus’ observation as an intentional approach, referencing the influence of Willem de Ridders editorial stance with his magazine Suck: “He was never concerned with deadlines. I want it to be like this.”

ARC #19: Contagion
£7.00
A few years ago, the worlds of art, theory, technology and more were awash with discussions of virality, be it through memes online, airborne diseases, the occupation of squares worldwide or anything else that seemed to spread in unpredictable ways. Now, with everyone older, worse-off financially and increasingly depressed, the heavyweights have moved on to terms more fashionable, sexy and marketable and it's been left to students—those at the bottom rung of the academic ladder—to pick up the mantle. The viral is now the contagious, a word more terror-infused to highlight the chaotic and deadly times we're living in, so it's fitting that the latest issue of ARC, the student magazine from the Royal College of Art, should take CONTAGION, and all the Hollywood-disaster-movie connotations the word invokes, as its theme.

Intentionally designed to be jarring and ugly, as a diseased middle finger to Vignelli, the issue takes in the contagious hashtag by Nina Power, trichotillomania by Katrine Roberts, the role of architectural design in preventing so-called 'anti-social' behaviour by Rosannagh Maddock, a new glossary from Bifo Berardi and much more. Most interesting are the nods to real-life situations surrounding the RCA as examples of the wider political situation: the increase in campus security in the wake of demonstrations for a living wage for maintenance staff, areas of the college chained off to prevent any occupation in solidarity, the precarious position faced by non-EU students suddenly facing deportation after being told they are 'disingenuine' despite haemorrhaging thousands into the colleges coffers. Such is the approach of our current government towards education, happily helped along by those institutions supposedly designed for the dissemination of knowledge.

Hexus #1
£12.00
Dark, dripping sludge and slime. Amputated and deformed limbs. A shadow behind you. A wolf's howl in the night. A new journal of sex and death and ghosts and celebrity and bile and vomit and cops. Need more convincing? Here's three titles from within: This Is Slime, Reptile Christ, Cubicle Germ Stain. If Lumpy (from & the Dumpers) went goth and took a creative writing course, this is the kind of thing he'd submit for his final thesis. i.e it's good.

PaperWork #2
£10.00
The magazine is an object to be read. The texts are written to be performed. A live presentation flows over you, for you to tune into or out of. A text is concrete and if you're bored you just stop and move on. A magazine is passive or active, engaged when read and designed in a way to pre-empt this act of reading, to coerce you to read it the 'right' way, or enable ways in which to read it the 'wrong' way. Perform your own piece entitled Contents Page and read the following names aloud: Isabella Martin, Patrick Coyle, Rachel Pimm, Barnaby Lambert, Arron Sands, Katie Shambles, Frank Wasser, Daphne De Sonneville, Menna Cominetti, Leah Walker, Tamarin Norwood, Sophie Jung, Sarah Duffy.

Jack Lavender: Yugen
£7.00
A collaboration between the artist Jack Lavender and designer João Abbott-Gribben, Yugen aims to visualise the process elements, ephemera and research materials normally superseded by the finished works they preface. A combination of drawings, documentation, research images, postcards and associated found material are coupled with texts written by the designer and extracts from books, worked together in an associative narrative to play off the images. A bish, bash and an extra bosh.

Shape & Situate #6
£3.50
Sometimes the simplest of briefs yield the best results. Shape & Situate is a zine series with the subtitle 'posters of inspirational women in europe', and that's what it is. For six issues, the brief to artists, illustrators and writers worldwide has been simple: choose an inspirational woman in or from Europe and make a poster telling us why. This issue features women as diverse as Zoe Smith, the Focus E15 mums, Jenni Diski, Princess Hijab, Marie Louise Berneri, Tina Modotti and many more. It also includes a brief essay on the project as well as a comprehensive list of further resources/artists and collectives using illustration and portraiture as part of a wider social and political movement - definitely worth getting the whole back catalogue. ■

All zines are available online or from our bookshop on the Mall.

This article is posted in: Blog, Store