The research I’ve been doing at the ICA around Richard Hamilton, Lawrence Alloway and Victor Pasmore’s 1957 exhibition an Exhibit challenges any notion of the contemporary curator’s objective eye. 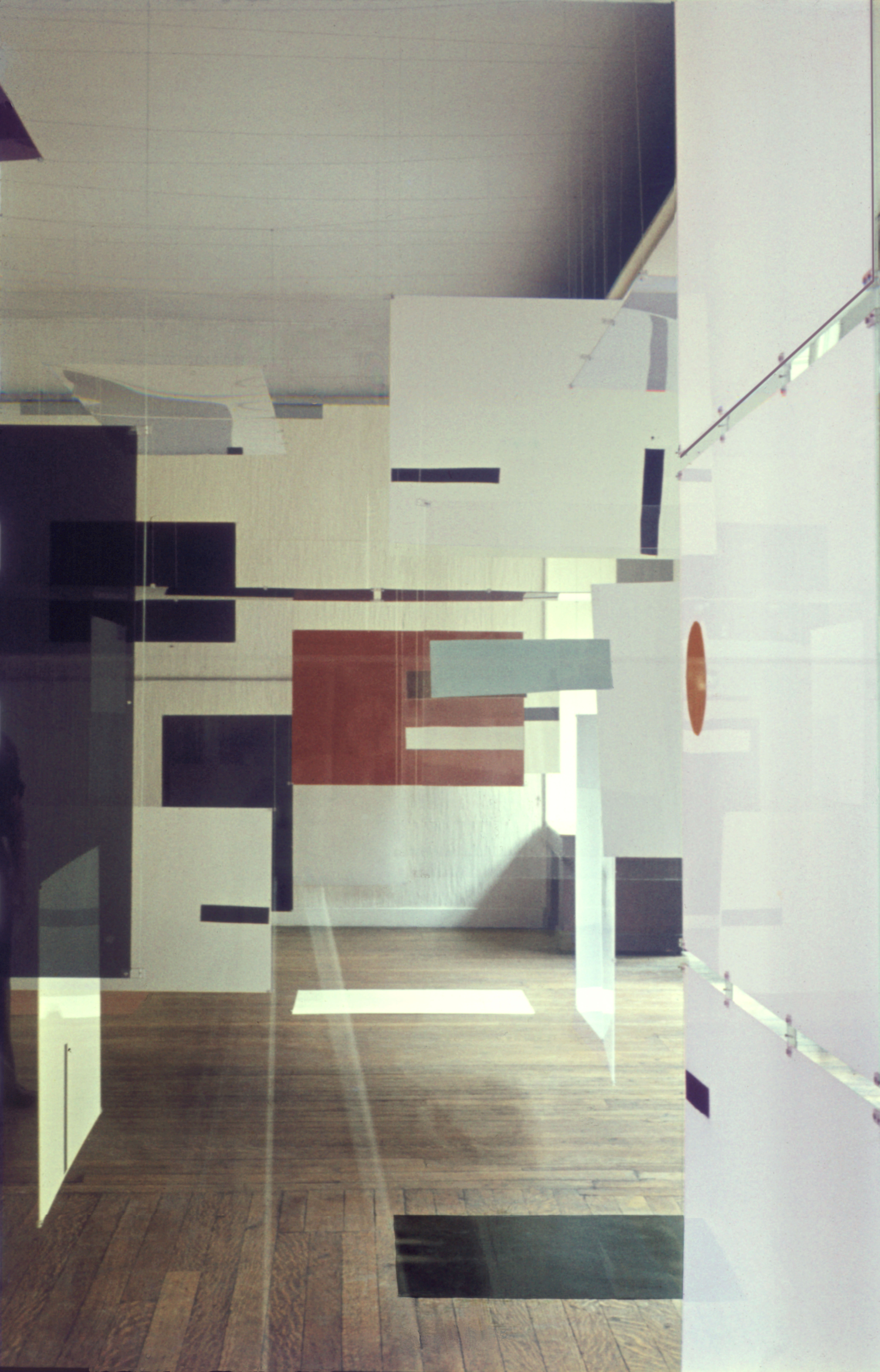 The research I’ve been doing at the ICA around Richard Hamilton, Lawrence Alloway and Victor Pasmore’s 1957 exhibition an Exhibit challenges any notion of the contemporary curator’s objective eye. Curation is portrayed as a collaborative game, with instructions written out on the accompanying poster stating:

'The gallery resembles a tennis court or a hopscotch grid, a playground within which special rules operate'

In Hamilton, Alloway and Pasmore’s world, aesthetic outcomes cannot be predetermined or logically ordered, but are the results of intuition, changeable up until the moment the public begin to arrive.

Photos of the process of an Exhibit’s construction show them shifting coloured Perspex panels like giant ‘Connect Four’ pieces, responding to and critiquing each other’s moves in the name of ‘constructive improvisation’. Together with writer- critic Lawrence Alloway, the curatorial technique of artists Hamilton and Pasmore remains fascinating in that it cleverly bypasses the almost impossible task of translating abstract aesthetic decisions into rigid verbal explanations; the artists instead acknowledge that the curation of abstraction is an aleatoric process with no definite conclusion. an Exhibit as seen by the visiting public at the ICA in 1957 (then based at 17-18 Dover Street) showed just one configuration of an infinite number of moves.

That is not to say that this play is without purpose, aesthetic sensitivity is honed through analysis of these simple moves; the game concept relating more widely to the artists’ interests in educational pedagogy’s interaction with the concerns of modern art in the post war period (here in particular the influence of earlier Surrealist processes of creation are key).

When an Exhibit is re-staged as part of Richard Hamilton at the ICA next week, it is our curators’ turn to play the game and respond to each other’s moves in the gallery space of the ICA’s Mall building, before opening it up to the public on 12 February. ■

Alex Talbot is a Student Placement in the ICA's Curatorial Team

This article is posted in: Articles, Exhibitions

Tagged with: Richard Hamilton, an Exhibit