Another handpicked spread of zines from the racks of the ICA Bookshop. 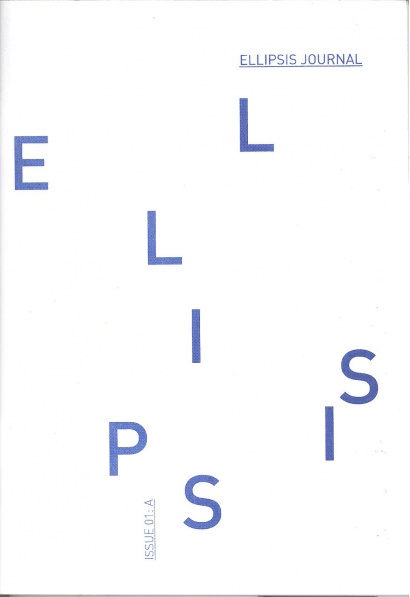 Another handpicked spread of zines from the racks of the ICA Bookshop, all available in-person and online with the links below.

The ICA’s favourite Canadian collagist returns with this shiny-covered delight. This collection of petit A6 fold-outs mashes together horses, statues, elephants, neon-signage and a lot more in a high-contrast Xerox’d analogue glitch. The photocopier melts down industry, nature and commerce into a pocket sized flattened gem. Recommended (obviously).

Ellipsis is a new journal of art & writing whose lofty aim is to (eventually) form a new type of encyclopaedia. Should they reach their 26th, Z-based issue the stack of zines will provide a comprehensive collection of the pauses, omissions and thoughts that the name alludes to. Through experimental writing, photography, music scores and typographic intervention you’ll learn a lot, or nothing about an absurdly androgynous animal with an ambiguous appetite for architecture (provided you read it straight through and invent your own narrative).

The cover of this latest edition of Strike shows the houses of parliament melting which should give you a fair idea of its contents. The fact that it’s also one of our bestselling magazines should tell you about both the state of the country and also the impeccable taste of our bookshops clientele. This issue (the first of a new bi-monthly production schedule), contains the likes of David Harvey on revolutionary humanism, Danny Dorling on the housing of the future, Cederstrom and Fleming on the neo-liberal nightmare of Camerons Britain, Selina Todd on the forthcoming 3 day week (keep the faith), John McDonnell MP on the peoples parliament and Jon Active on anarchist distribution, plus much much much more.

It’s with a heavy heart we bring you the almost last piece of output from the much-needed and soon to be sorely missed art blog. This zine collects some of their more in-depth essays/takedowns as well as some of the more audacious photoshops from the Horrible Gif interns. If you find yourself often despairing at the state of ‘digital’ art, the art worlds obfuscating and pretentious language use and the inexplicable persistence of the YBA’s (yawn), then this is one for you. Then spend the evening working your way through the rest of the tumblr where they really let loose (RIP the now-deleted power 10 list).

The inside cover of the latest edition of the Manchester based feminist zine proclaims WOMEN BE PUBLIC. This modified Chris Kraus quote is as good as a manifesto as the editors get to; “the sheer fact of women talking, being, paradoxical, inexplicable, flip, self-destructive, but above all else public is the most revolutionary thing in the world”. This is the prerogative of The Chapess. The 17 fantastic contributors to this issue produce a selection of raw, funny and devastating texts on Kate Zambreno, breakups, ‘overshare’ blogging, dickheads, having a ‘girly’ name, the abomination which was the women eating on the tube facebook page, misandry, representation, being ‘quiet’, work and a whole lot else. A must. ■

Peter Willis is a Magazine Buyer for the ICA Bookshop

This article is posted in: Store

Tagged with: zines, Self Published, bookshop