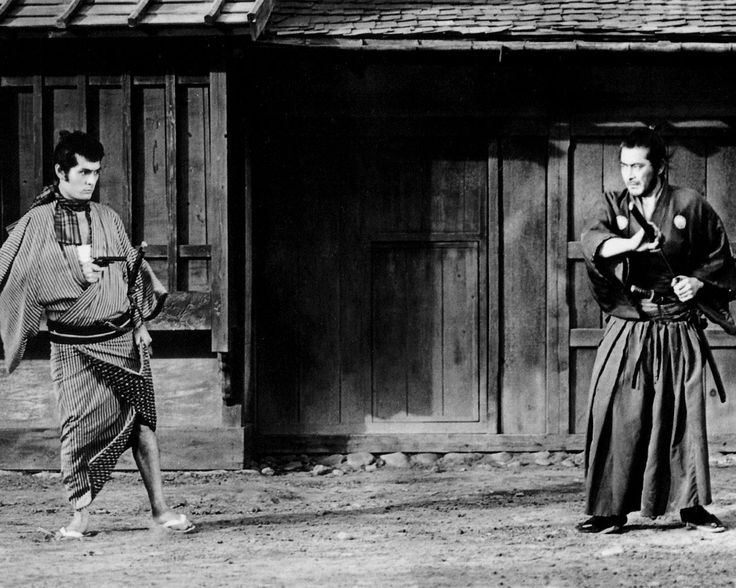 Akira Kurosawa's tale of wily, lone-wolf samurai Sanjuro is a masterpiece of stylised action. With a colourful performance from the great Toshiro Mifune, the film finds the master swordsman plotting to turn a rivalry between two criminal clans to his own advantage in order to help out a village living in fear.

Remade by Sergio Leone as A Fistful of Dollars and followed up by the director's own Sanjuro one year later.