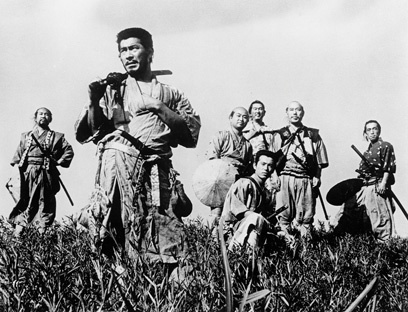 A group of farmers decide to take action against the bandits who annually raid their village, hiring seven roaming mercenaries to defend them. What follows is a beautifully balanced combination of exciting action, human drama, clever plotting and incidental pleasures - one of Taking the form of a Western (it was remade as The Magnificent Seven), Kurosawa's film is one of the most completely-realised pieces of movie entertainment ever created.