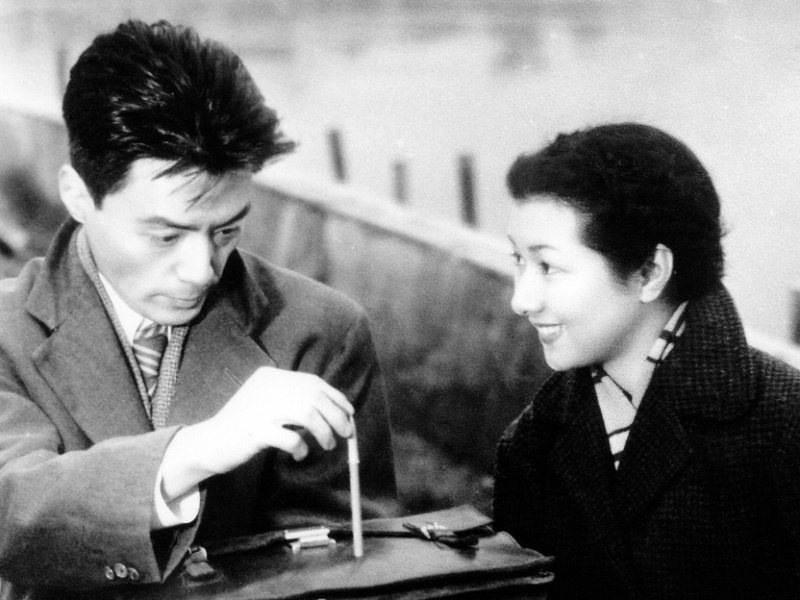 Where Chimneys Are Seen

Saturday 2 February, 4:10pm
Based on Rinzo Shiina’s absurdist novel, the film focuses on the microcosm of a house in 1950s Tokyo. Ryukichi (Ken Uehara) and Hiroko (Kinuyo Tanaka) are a married couple who, despite having two upstairs lodgers living with them, are desperately poor and go to complicated lengths to avoid unwanted pregnancies. In a bid to help their situation out, Hiroko secretly takes on a part-time job which aggravates Ryukichi who senses that his wife (who had been married once before but was seemingly widowed in WWII) is hiding something from him. He appears to be vindicated when a child is abandoned on their doorstep by someone who claims to be Hiroko first husband..
Widely regarded as the work most representative of vintage master Heinosuke Gosho’s concern for the lives of lower-middle class individuals, this all-star drama (the cast includes silver-screen regulars Kinuyo Tanaka and Hideko Takamine) was entered into the 3rd Berlin International Film Festival and is a rare find that focuses on marriage and family life in the post-war period of industrialisation.