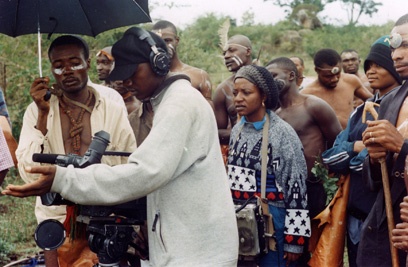 The Nigerian film industry, known as Nollywood, has exploded in the last 10 years. Now more popular than imports of Hollywood or Bollywood films, the Nigerian film industry has distinguished itself by shooting all films on digital video. The sheer volume of Nigerian video-films is staggering: one estimate has a film being produced for each day of the year. Nollywood is now the third largest film industry in the world, generating 286 million dollars annually for the Nigerian economy. And yet this vibrant, profitable industry is virtually unknown outside of Africa. This film follows three directors and their latest productions, while also using interviews with scholars, actors, and journalists who celebrate the Nigerian video-film industry and its impact on the culture of West Africa and Africans at home and abroad.