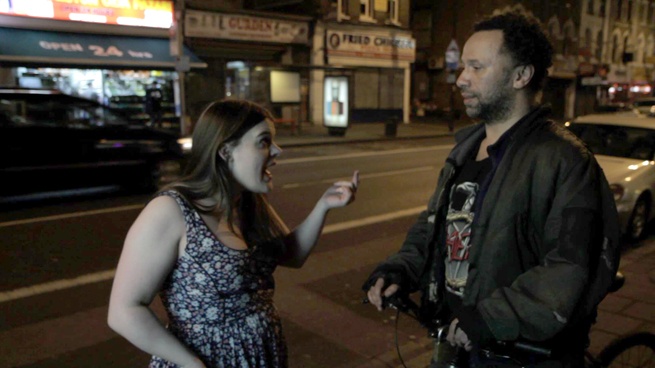 'When I double speak, laughing and vomiting by the swing-bridge, then my language exits through a trapdoor.'

In Laure Prouvost's feature film The Wanderer, a character undergoes a series of increasingly bizarre and mysterious experiences. As he tries to hold onto reality, it seems to melt from under him. The Wanderer is based on a text by artist Rory Macbeth, who translated a Kafka novella from German into English without any knowledge of the German language and without a dictionary. On the way between languages, the original narrative is transformed, if not lost, in translation.

The Wanderer was commissioned by FLAMIN Productions through Film London Artists' Moving Image Network with funding from Arts Council England.