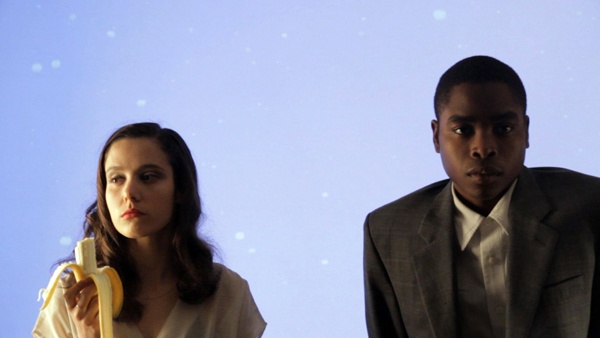 The ICA in partnership with Wysing Arts Centre will host a new multimedia work written by New York based artist Keren Cytter. Containing a fluid combination of musical concert, video work and performance, Vociferous is the result of a collaboration between Cytter with the London based musicians Keira Fox and Charlie Feinstein of Maria and the Mirrors and Ashkalon and David Aird of Vindicatrix.

Vociferous depicts a fragmented narrative progressively shattered by shifts from video to scripted performance and live music. Over the course of the piece, video constructed from found footage increasingly overlaps with the melodramatic psychedelic drone of Aird and raucous drum driven industrial dancehall of Fox and Feinstein performing live. The viewer’s perspective shifts from witness to the text based performance and video, to the audience of a live concert and member of the performance itself.

This new commission is realised in partnership with Wysing Arts Centre and is supported by The Elephant Trust and PRS for Music Foundation.