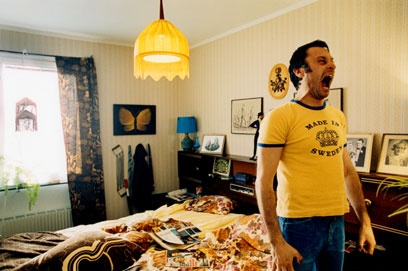 In this hilarious comedy, set in a 1970s socialist commune in Stockholm, the failure of the characters to live according to their alleged ideologies is depicted with a healthy mixture of sympathy and irony. As in all of Moodysson's films, we are invited to see the world through the eyes of the younger characters, in particular bespectacled teenager Eva and her younger brother Stefan, who arrive in the commune together with their mother Elisabeth, who has left her husband Rolf after a violent row. In Sweden, Together topped the box office results in the year of its release, outshining American blockbusters like American Beauty and Gladiator, and in the UK it was voted best film of 2001 by Guardian online readers.

Part of: The Films of Lukas Moodysson