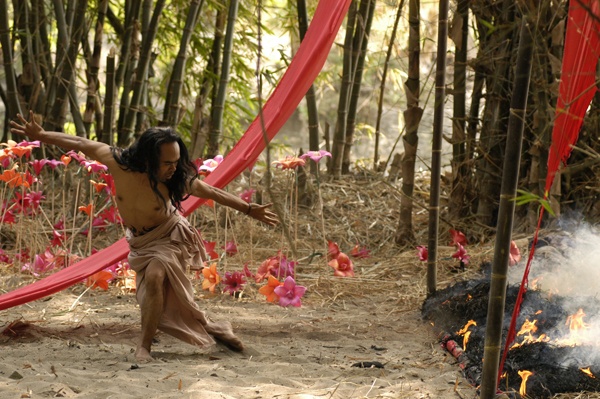 A traditional Indonesian tragedy is reworked into a visually stunning musical in Opera Jawa.

Garin Nugroho's multi-award winning Javanese 'opera' combines modern and traditional elements of both music and dance. Based on an episode from the Sanskrit epic 'Ramayana', this updated version tells the story of happily married villagers Setio and Siti. Setio has doubts regarding his wife's fidelity, all but driving her into the arms of another.

Part of a Garin Nugroho double-bill with his latest film The Blindfold showing at 8.30pm.