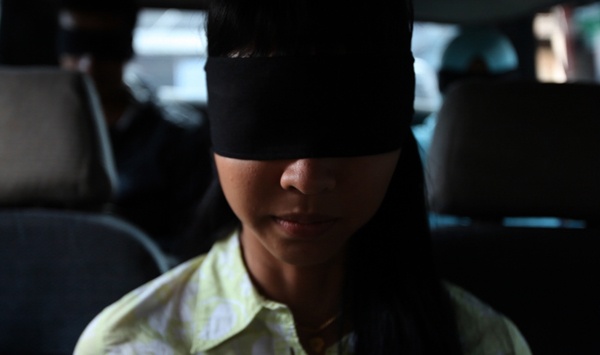 The Blindfold tells the story of three young people lured into a radical Islamic organisation.

In contemporary Indonesia, religious radicalisation is on the rise. The outlawed Indonesian Islamic State (NII) successfully recruits among young people who don't have any prospects of training or work. Recruits are blindfolded before being taken to a contact address.

Indonesia's leading film director Garin Nugroho (Leaf on a Pillow, Opera Jawa) tells three different stories: Rima emerges as a valuable staff member of the NII, while Jabir joins the radical group out of frustration about the lives of his parents and his lack of prospects. Asimah (played by veteran actress Jajang C. Noer) searches for her daughter Ainsi who has been kidnapped by the NII.

The film focuses on the importance of dialogue, openness and critical points of view in the search for the nation's identity. In constructing his narrative, Nugroho drew from the research of the Maarif Institute, Indonesia's leading moderate Islamic organization, which aims to promote pluralism, tolerance and active dialogue in understanding the religion. Due to the threat of attacks and under the watchful eye of the head of counter-terrorism, Nugroho finished principal photography in nine days using non-professional actors, with the exception of veteran actress Noer.

Part of a Garin Nugroho double-bill with his earlier film Opera Jawa showing at 3.30pm.