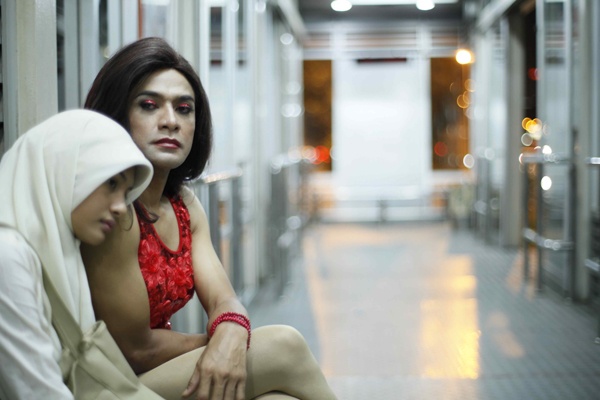 A provocative and powerful film about a father-daughter story unlike any you've seen.

Cahaya, a 19 year old Muslim girl, looks for her long lost father, Ipuy, who left her when she was four. From a small village she goes to Jakarta with only a fragment of a photograph and an address. The search for her father leads her to a place called 'Taman Lawang' where she finds out that her father is now a transvestite sex worker. The story of this father-daughter reconnection unfolds in an eventful night full of emotion through which they open up about themselves and learn to love each other.

Young Indonesian director Teddy Soeriaatmadja's film features a strong performance from the lead actor, Donny Damara, whose portrayal of a transvestite sex worker earned him the Best Actor at the 2012 Asian Film Awards.