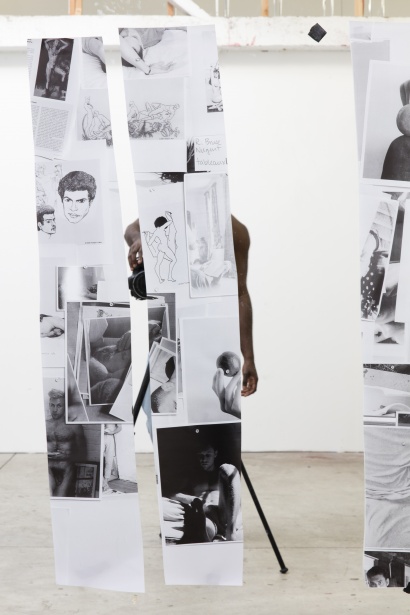 On Redress and Repair

This talk by Tavia Nyong'o considers the renewed calls for a militant defence of Black joy and pleasure in the face of systemic anti-Black violence and a revivified white nationalism. What does it mean to defend Black pleasure in the context of compulsory capitalist demands to enjoy, demands that have relentlessly commercialized Blackness as an ever-renewable source of fun and profit?

What effect can positive affects have upon the reproduction of anti-Blackness? Can joy be analytically distinguished from pleasure (or the psychoanalytic concept of jouissance for that matter) in such a way as to connect its expression to histories of Black struggle and fugitivity? What libidinal economy is implied by the assertion of joy and pleasure as survival strategies for Black subjects? Can such an assertion repel or resist our status as what Rinaldo Walcott has termed 'laboring commodities' for computational capital?

This talk addresses these questions by revisiting Saidiya Hartman's concept of 'redress'. Nyong'o argues that this notion provides a Black feminist theory of ambivalence that may help us resist the double bind of joy/suffering in contemporary Black political culture. Whereas ambivalence is often equated with political quietism and resignation, Nyong'o instead looks to Black feminist and queer theory to mount a defence of ambivalence as a radical and critical stance.

Tavia Nyong'o works at the intersection of art, performance and theory, and is Professor of American Studies at Yale University. He is the author of a number of articles, as well as the monograph The Amalgamation Waltz: Race, Performance, and the Ruses of Memory (2009).

He is completing a second book on Afro-Fabulations in Contemporary Black Art and Performance (forthcoming) and embarking on a third project about alienation, estrangement and ambivalence in Black and queer studies. He lives in Brooklyn, New York.

This event is part of In formation, and is programmed and staged in collaboration with Dr Stephen Wilson and the Chelsea, Camberwell and Wimbledon College of Arts postgraduate community. It stems from We Want Everything, an ongoing research series around the meaning of art and human life external to economic flows.