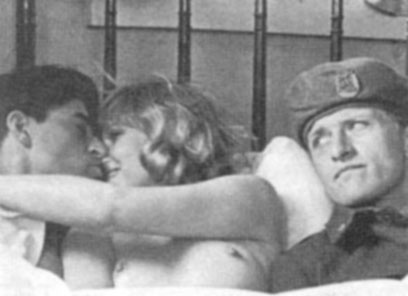 The winner of the Golden Globe for Best Foreign Language film, this was the film that established Verhoeven's international reputation. An epic war film that follows a group of privileged schoolfriends divided when Holland is faced with Nazi occupation, it flies back and forth between plots, locations and characters. The main focus is on young adventurers Rutger Hauer and Jeroen Krabbe, who are thwarted in their attempt to join the Resistance but still, even after defecting to England, find ways to help their homeland. An essential companion-piece to Verhoeven's latest film Black Book.