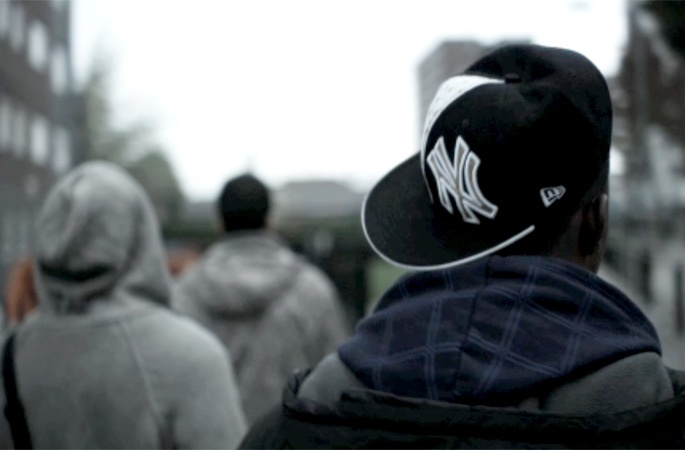 Luke Seomore and Joseph Bull’s film installation Solace is a non-narrative piece that captures fragments in the daily lives of a group of East London teenagers, exploring friendship, mortality and human interaction. Through a series of monologues, Solace reveals moments of warmth, teenage isolation and the transition from adolescence into adulthood. The original score pulses and glides through the film, revealing the nuances of the teenagers’ lives: moments of joy, bravado, aggression and vulnerability. These sequences demonstrate the warmth between friends while exploring the sharp exchanges and crueller nature of teenage life. Directed in a non-conventional style, Solace blurs the line between fiction, documentary and art.

Seomore and Bull are co-directors of the 2009 poetic documentary feature Isolation which premiered at Edinburgh before touring the UK with a live soundtrack performed by the filmmakers. Isolation examines soldiers adapting back into society on their return from war, and highlights problems they face such as homelessness and alcoholism. Since meeting at art college, the directorial duo have directed over twenty short documentaries exploring the margins of British society, exhibited their own art installations and worked on numerous music videos for the likes of Wild Beasts, Tricky, Liquid Liquid and The Last Shadow Puppets.

The two directors will be in attendance to answer questions about their work after the 13 January screening.