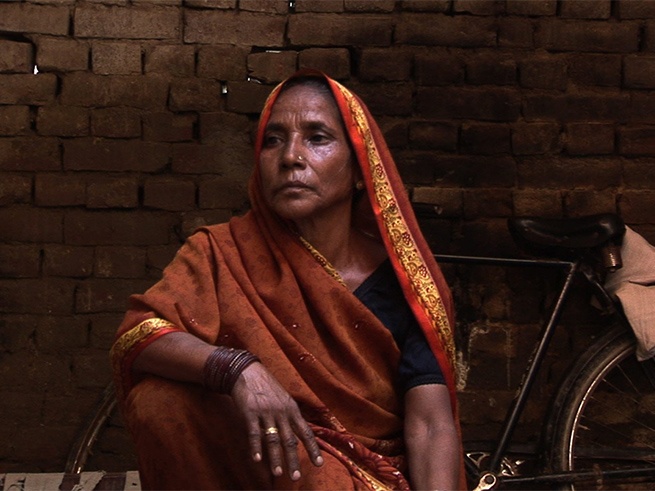 During election time in one of the poorest areas of the North Indian city of Lucknow, a politician distributed free saris, hoping to secure some votes. Tragedy ensued when a gruesome stampede caused the deaths of 22 women, with hundreds more suffering horrific injuries. Six Yards to Democracy skillfully takes this seemingly stray incident as a starting point to explore how it connects in significant ways with the daily humiliations forced upon these women and their families, thus uncovering the sordid underside of Indian democracy. As boomtown dynamics keep pushing them further into the margins of society, we observe the women's struggles to keep their homes, hopes and dignity intact while petitioning an apathetic state for their dues.

Nevatia and Jain's beautifully shot documentary features raw images of the tragic sari episode, moving testimonies from the women who witnessed it, and interviews with the city's marginalized people about the difficulties that they face in their day-to-day lives. All this combines to provide a poignant picture of the desperate situation confronting those at the very bottom of the Indian social system.