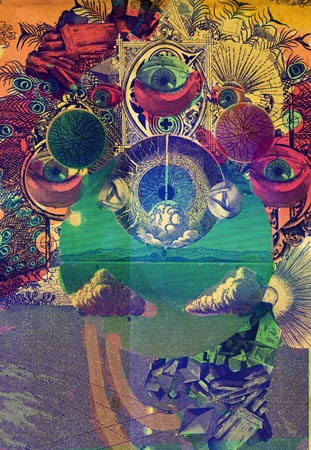 Operating in the spaces between obsession and occupation, the academy and the asylum, Strange Attractor's books and events have carved out a unique platform for a diverse host of authors, anthropologists, historians, scientists, sorcerers, artists, filmmakers and musicians.

As part of the Nathaniel Mellors: Ourhouse exhibition, Nathaniel Mellors and Strange Attractor Journal editor Mark Pilkington have assembled a series of weekly events consisting of a talk and a film, exploring some lesser-known intersections of culture, history, mind and nature.

From the twenty-first century resurgence of animist beliefs to the art and life of Austin Osman Spare, via London's lost rivers, the history of spider-silk weaving, nineteenth-century visions of a multi-dimensional universe and magical influences in twentieth century music, a wealth of recherché ideas, knowledge, and experiences await you in the Strange Attractor Salon.