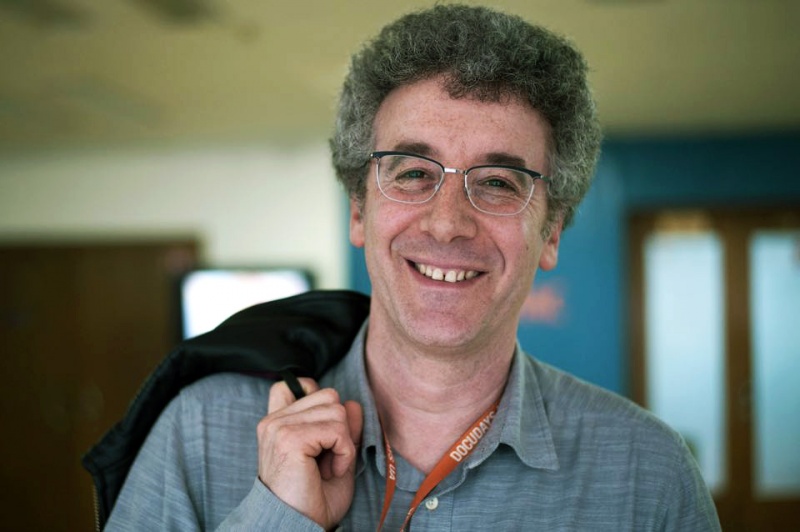 One of the most celebrated documentarians in Europe, Pawel Lozinski is a master of intimate, deeply emotional portraits of character and relationships. Lozinski doesn't shy away from difficult questions and situations, opening up a window for viewers to not only observe what's portrayed on screen but also to confront their own reality. Sparse, moving and uncomfortable, Lozinski's work is an invitation to go deeper and explore those truths hidden within his characters and ourselves.

What I am interested in are those little issues, trivial, seemingly negligible things. It turns out that they are the substance of life... what may seem boring at first glance is in fact the most fascinating, once you start to investigate. – Pawel Lozinski

Complicated family dynamics have always been at the forefront of Lozinski's work. An early work, a short called Sisters, featured two elderly sisters whose harsh words towards each other portray their sad reality. Father and Son saw Lozinski put his own difficult relationship with his father, also an established Polish documentary filmmaker, under a microscope. More recently, his latest work You Have No Idea How Much I Love You sees a further exploration of the relationship between partent and child, this time mediated by a professional therapist.

Through personal stories, Lozinski puts the viewer up close with the big questions about human existence. In Chemo, how do we talk about and face death? In Father and Son, how do we handle a failure of communication with those closest to us? Lozinksi's films forefront issues that we sometimes might not have time, or the will, to consider.