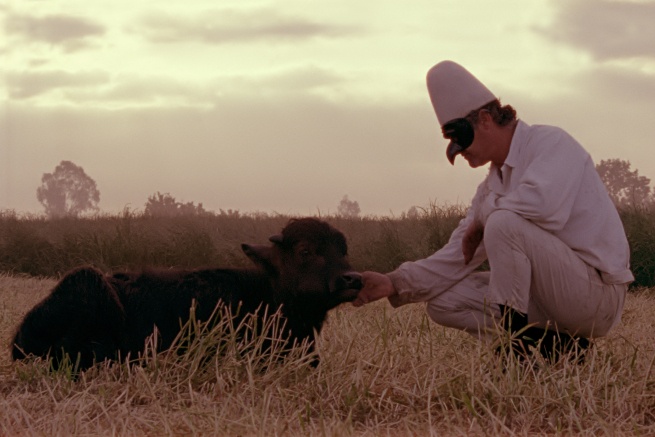 Frames of Representation (FoR): New Visions for Documentary Cinema 2016

Frames of Representation (FoR) is a film festival which showcases new forms of documentary cinema and invites discussion around the issues represented on screen.

For its inaugural edition, the festival focuses on the theme of the ‘New Periphery’ and cinema’s role in bringing the excluded and marginalised to the centre of conversation. Uniquely interdisciplinary in nature, the festival recognises the ongoing evolution of documentary as an art form, highlighting new cinematic hybrids of fiction and documentary that open up multiple frames of reality.

Director Q&As, workshops and essays provide additional engaging context for the screenings. Each film in the programme takes the audience on a unique aesthetic and ethical journey to the edges of the contemporary Anthropocene, from the political disenchantment of America's Deep South to the industrial underbelly of Mongolia, from palatial ruins in Italy to a submerged village in rural Mexico.

-----Take a look at the FoR programme booklet online [PDF]
-----Read an article on the ethical and political implications of the way in which documentaries frame reality.
-----Read an interview with the directors of Fragment 53.

Join the conversation on social media with the hashtag #FoR16.

Win great prizes including tickets to the opening night screening of The Other Side on 20 April with our new competition! Simply share your one tweet review of your favourite documentary and tell us why it is relevant to the festival, tagging us in @ICALondon and including the hashtag #theframegame. This is your chance to be creative and tell us about a film that means something to you! It does not need to be one that is featured as part of the festival - just show us how it connects to its key themes.