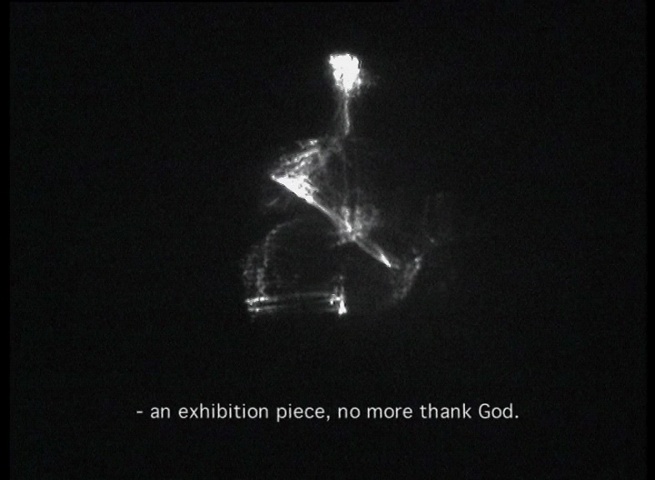 Screening the ICA: Shapes and Forms

Screening the ICA: Shapes and Forms addresses the mediation of an object, both within and removed from the exhibition, and how this evolves. It seeks to understand the processes of translation, for example the translation of the camera, and its dispersal, that surround the public exhibition.

Shapes and Forms by George Hoellering is the first example of the ICA on the screen and is a film essay of the ICA’s exhibition 40,000 Years of Modern Art. The exhibition was held in the basement of the Academy Hall cinema in Oxford Street, which George Hoellering managed at the time, and over one night he created the film with the assistance of Roland Penrose who later replaced the objects back into their display. Now in the collection at BFI, the film captures spotlit objects rotating and emerging in and out of the darkness, accompanied by a modernist composition by Hungarian composer, ethnomusicologist and conductor László Lajtha.

George Hoellering’s Shapes and Forms and Mark Aerial Waller’s The Sons of Temperance (2001) will be shown, followed by a discussion between Mark Aerial Waller and PhD Candidate ICA/Middlesex University Lucy Rose Bayley.

This event has been curated by ICA Student Forum member Lucy Bayley.