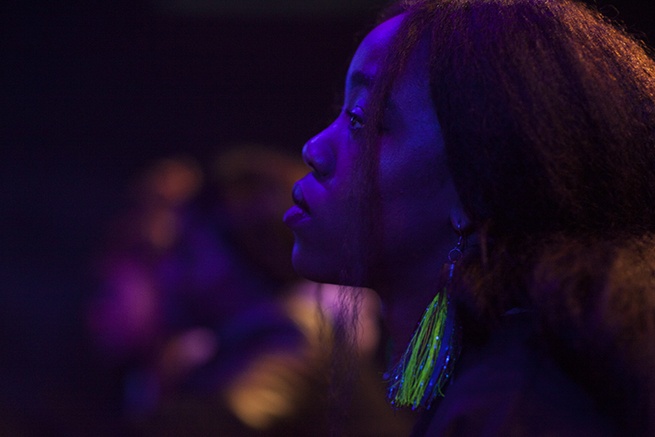 What does it mean to be a female curator of colour? What does it mean to curate from the 'black' female body? How does one navigate the politics inscribed in the body? In response to the current Helen Johnson exhibition Warm Ties, Black Dots in White Boxes brings together four curators to catalyse a critical discussion examining ‘blackness’ in the curatorial.

This workshop addresses questions of diversity within the institution, the complexities of imposed and inherited tokenism, and the invisibility of women curators of colour. Curated by ICA Student Forum member Kefiloe Siwisa with panellists Imani Robinson, Nicole Crentsil, Tamar Clarke-Brown and Thandi Mbire.

Join us after the panel for further discussions in the ICA Café Bar.