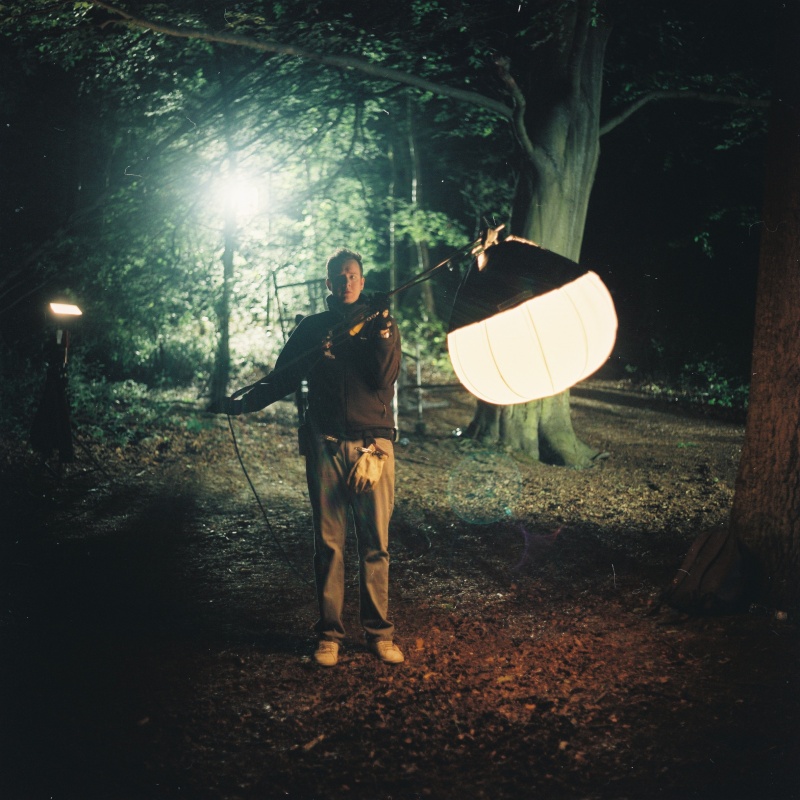 The ICA is pleased to present a solo exhibition by London-based artist Rosalind Nashashibi. This will be the most comprehensive presentation yet of her work, presenting 16mm films from the last four years alongside examples of her photographic output.

The Lower Gallery has a trio of short, inter-connecting film works, including Eyeballing (2005) which juxtaposes scenes of New York policemen with the anthropomorphic faces that Nashashibi's camera finds in the physical fabric of their city. The Upper Gallery screens Nashashibi's two most recent films, including Jack Straw's Castle (2009), her most ambitious work to date. The latter uses footage shot in and around a public park, interlacing shots from real life—including sequences shot in a cruising area—with highly theatrical scenarios involving a cast of non-actors.

If Nashashibi's early films were often understood as documentary or anthropological in nature, it is the cinematic aspect of her work that has become increasingly apparent, as well is its engagement with performance and ritual. Many of the works on display here involve elements of staging, and all of them are engaged with personae in human life, and how we transform ourselves through theatre. Such ideas are also evident in a new photographic installation by the artist, In Rehearsal (2009), which depicts what is known as 'physicalisation', whereby people are transformed into characters.

The exhibition is accompanied by issue 3 of Roland magazine, as well as a catalogue with new texts by Martin Herbert, Dieter Roelstraete and the artist. The latter will be available from the ICA Bookshop from 16 October 2009 (£14.95).

This exhibition is organised by the ICA with Bergen Kunsthall in Norway and is supported by the Henry Moore Foundation. Rosalind Nashashibi is represented by doggerfisher, Edinburgh