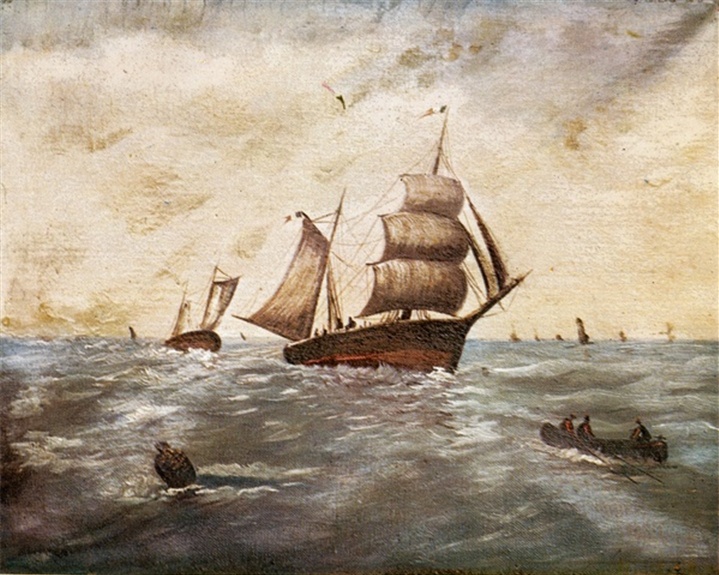 Voyage on the North Sea is a silent short film by the Belgian master of conceptual art, Marcel Broodthaers, and features simple depictions of ships. According to Nashashibi, the work "insists that you look repeatedly at the same clichéd images until they lose their ordinariness. The film is so simple, and yet it holds on to its mystery." it is followed by Nashashibi's Bachelor Machines Part 1, a key work in the artist's oeuvre, set on an all-male cargo boat travelling from Naples to Sweden.

Commissioned by Picture This.