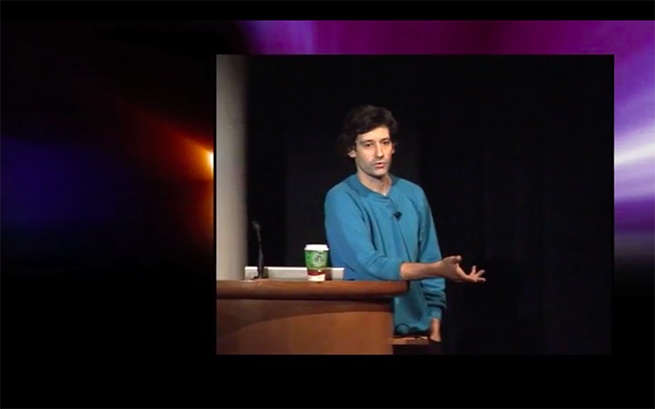 In Seth Price's seminal 2002 essay Dispersion, he pitches an archive of 'high' culture, administered through cataloguing, provenance and authenticity, against a promiscuous, un-administered 'popular' counterpart:

Suppose an artist were to release the work directly into a system that depends on reproduction and distribution for its sustenance, a model that encourages contamination, borrowing, stealing, and horizontal blur?

Price has extended this proposition into his own work, which is rarely fixed at a single point in time and space, more often reconstituted and re-versioned via different formats and channels. The palimpsest video Redistribution is the most prominent embodiment of these processes. Starting out as a slide lecture Price gave at the Guggenheim Museum in 2007, he took the museum's documentation of the talk and has since intermittently edited and added to the original footage, incorporating additional subjects and themes along the way. Effectively self-administering his own artistic history, it is reconstituted as a deliberately ambiguous and unstable one. The version screened here is the fifth, longest, and most cinematic iteration to date.

The screening will be followed by a talk on Seth Price's work by writer and curator Michelle Kuo. Tickets for this talk can be booked here.