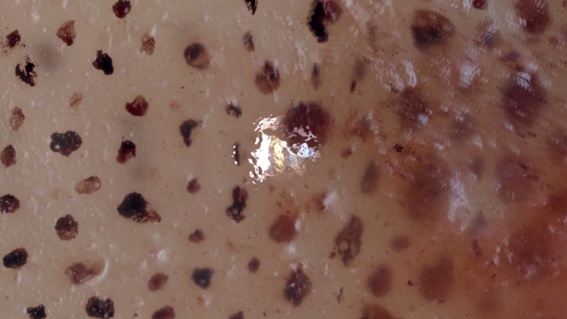 Marking the last weekend of the exhibition Seth Price Circa 1981, writer and curator Michelle Kuo gives a talk addressing Price's approach to processes, materials and technology.

In our digital age we think of images as mobile and mutable, imperceptibly transferring across platforms and devices. Seth Price's films and videos weave stories, theses and abstractions around such fluid disposition, but, as with his work in sculpture and other media, his address of the moving image repeatedly returns to the tangible forms and processes of production and distribution, and technology as a physical force rather than an amorphous presence.

…the work's lithe inhabitation of different times and states [is] often taken as emblematic of some pure mutability that is endemic to our era… But things are more difficult than that. In fact, Price's work is not seamlessly fungible but impossibly knotted, vexed, tortured – not ethereal, but mired in matter.

The talk is preceded by a screening of the latest version of Seth Price's video Redistribution (2007-ongoing). Tickets for this screening can be booked here.

Michelle Kuo is an independent scholar and curator, and was the Editor in Chief of Artforum from 2010-2017. She is the author of essays on the work of Robert Rauschenberg, Le Corbusier and Seth Price, among others, and has lectured widely at institutions including the Centre Pompidou and the Central Academy of Fine Arts in Beijing.

She contributes to publications such as October and The Art Bulletin and is a Visiting Critic at the Yale School of Art. Kuo recently defended her PhD at Harvard University in History of Art and Architecture, and is writing a book on the postwar organization Experiments in Art and Technology (E.A.T).