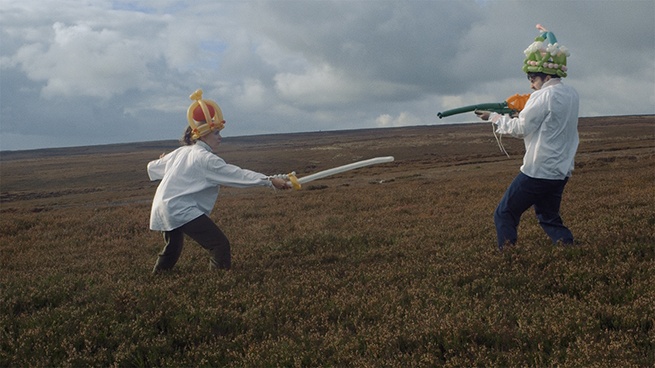 Playback: What Does a Producer Do?

The role of film producer is an often misunderstood yet vital role. A great producer will work out the logistics of production and offer creative and practical support to the director and team. Producers Manon Ardisson (God’s Own Country) and Georgia Goggin (We Love Moses), festival producer James Mullighan and director Sarmad Masud (My Pure Land) reveal how they started out, their working methods and how they collaborate with their creative partners to develop a film from script to screen.

Manon Ardisson is an independent producer based in London. She recently produced Francis Lee’s first feature God’s Own Country starring new talents Josh O’Connor and Alec Secareanu alongside Gemma Jones and Ian Hart. The film is financed by the BFI and Creative England, who previously supported its development through the iFeatures programme. Ardisson also co-produced the Venezuelan feature La Soledad, written and directed by Jorge Thielen Armand. The film was developed and financed by the Venice Biennale Cinema College, and premiered at the Venice Film Festival in September 2016.

Ardisson is now financing her third feature Treading Water, written by Lee Mattinson and directed by her long-time collaborator Samuel de Ceccatty. The film was developed through Film London’s Microwave scheme, with the support of mentors John Yorke, Tracy O’Riordan and Lynne Ramsay, reaching the final round of considerations. Ardisson comes from a production background, and also worked as Creative Assistant at Paul Webster’s Shoebox Films before setting up her own company Magic Bear Productions, as well as Ardimages UK, the British arm of the eponymous French production company.

Georgia Goggin is a producer. She works most frequently with writer/director Dionne Edwards, with whom she co-founded Teng Teng Films. Their most recent short We Love Moses premiered at BFI London Film Festival in 2016, won numerous awards and screened on HBO and at over forty festivals worldwide. Goggin is now developing a feature with Edwards, as well as projects with other new writers.

Before going solo, Goggin spent four years at The Electric Shadow Company and is an Associate Producer of Electric Shadow's feature The Hippopotamus. Goggin has a first-class degree in Cinema, Photography & Television from Leeds University.

Sarmad Masud A 2017 Screen International Star of Tomorrow, his first feature My Pure Land, set in Pakistan and based on the true story of one woman and her family who defended their home and land from two hundred bandits, premiered at Edinburgh International Film Festival and is the UK submission to the Oscars in the Foreign Language category.

James Mullighan is currently Producer of the CogX Festival - the most important AI event in Europe, which takes place at London's Tobacco Dock 11 and 12 June 2018. A film arts and festival consultant, he hosted the This Way Up Cinema Exhibition Innovation conference last November in Hull's Truck Theatre. Prior to that, he directed the 58th to 61st editions of the Cork Film Festival.

In 2012-13 he was Chief Executive Officer of Transmedia Next and, in 2011, directed the 65th Edinburgh International Film Festival. Before that he ran Shooting People and RESFEST's UK, Irish and Australian tours. Mullighan has been Contributing Editor for VODO, Cinovate and Rich Pickings, and was the Producer of Marketing and Distribution for the Sleep Paralysis Project. Mullighan serves on the Board of Encounters Short Film and Animation Festival, and is a trustee of Dramatic Need.