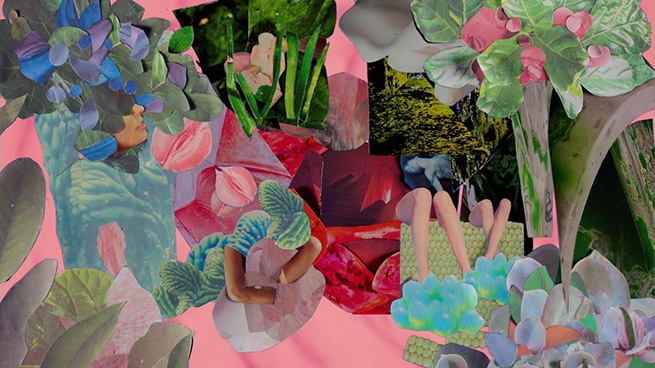 Join three artists at different stages of their career as they talk about their artistic processes and how they realise their creative vision.

Rehana Zaman, Maeve Brennan and Graeme Arnfield present their recent work and discuss the differences between making work for the gallery and the cinema screen, while offering advice on how they navigate the industry.

Maeve Brennan is an artist and filmmaker based in London. Recent solo exhibitions include The Drift at Chisenhale Gallery, London, Spike Island Bristol and The Whitworth, University of Manchester (all 2017) and Jerusalem Pink, OUTPOST, Norwich (2016). She was educated at Goldsmiths, University of London and was a fellow of the Home Workspace Programme at Ashkal Alwan in Beirut (2013-14). She received the Jerwood/FVU Award 2018 and will be exhibiting her new commission at Jerwood Space, London from April 2018.

Rehana Zaman is an artist based in London working predominantly with moving image. Her work considers the interplay of multiple social dynamics, producing narrative-based artworks that are often generated through conversation or collaboration with others. Recent solo exhibitions include CCA, Glasgow (2018), Material Art Fair, Mexico City (2017), Tenderpixel, London (2016) and The Tetley, Leeds (2014).