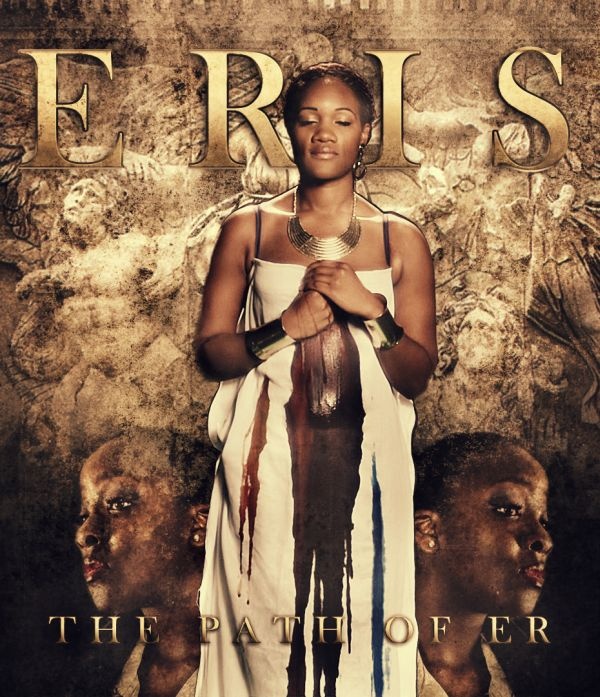 Performance: Eris: The Path of ER by Claire Hooper

Eris: The Path of ER is a new performance commission by Claire Hooper, drawing on Greek mythology as a narrative device, and threading a fine line between classical theatre, docu-fiction and soap drama. The work is an exploration of strength, tracing the experiences of Danielle Marie Shillingford, a woman who has lost, and struggles to regain custody of her children. In the film, the slippages between Danielle and her god-like alterego Eris, the goddess of strife and discord, creates a continuous blurring between the fantastical, the superhuman and the absolutely mundane.

The performance departs from Hooper’s 2011 film Eris, and takes the form of a part-film, part-performance delivery by Danielle with a narration by Grime MC Lioness and a specifically developed live soundtrack by musician and composer Beatrice Dillon.

Claire Hooper (born 1978) is an artist and filmmaker from London. She is the recipient of the 2010 Baloise Art Prize, and was nominated for the 2011 Jarman Award. This year, she has had solo shows at Lothringer 13 in Munich and MUMOK in Vienna. Her work has been screened and exhibited at national and international venues including the Serpentine Gallery, the ICA, Jerwood Space, Art Basel and IT Park Gallery, Taiwan.

Electra is a London-based contemporary art organisation that curates, commissions and produces projects by artists working across sound, moving image, performance and the visual arts. Through close dialogue with a range of venues and collaborators, we present our projects across the UK and internationally. At the heart of our practice is a process-based relationship between artist, curator and audiences, which seeks to give the projects space to find their own rhythm, public outputs, and discourse.   Electra’s core aim is to foster a dialogue between a range of disciplines of contemporary artistic practice, to provide a platform for debate and engaged, dynamic investigations of urgent social, political and cultural questions.

Eris (2011) was commissioned by FLAMIN, Picture This and Lighthouse with the support of Arts Council England.