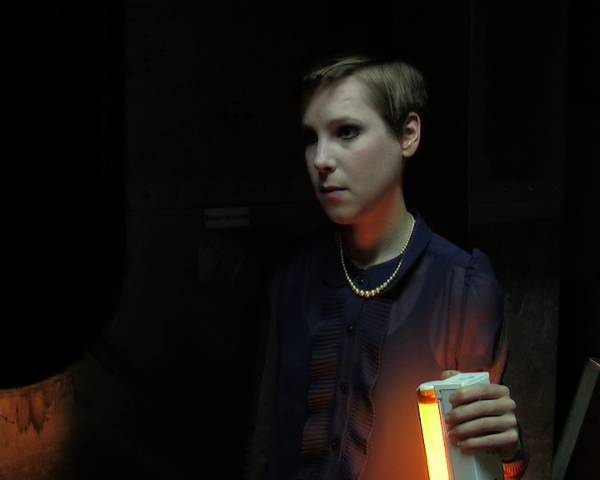 Performance: Bridget Crone / Plenty Projects in association with Picture This

The Sensible Stage: Performances explore theatricality and modes of performance in relation to both film and the ‘live’ event. The programme includes a new performance by Gail Pickering, Not Yet, No Longer (2012), that continues her series of unique live events, Sixty Six Signs of Neon (2010-ongoing), which was recently included in the British Art Show 7.

The works in this programme use the affective space of performance in different ways. Annabel Frearson re-works the text of Mary Shelley’s Frankenstein into something both sinister and corporeal, whilst Jimmy Robert’s film Emma/Mystique (2001) uses movement and gesture to link figures from two juxtaposed sets of footage.

Cara Tolmie’s Myriad Mouth Line (2011) constitutes a space for affect in which the body and the unspeaking voice evoke, delineate and structure the space of the performance itself. And finally, Pickering’s Not Yet, No Longer (2012) raises the spectral body of a 1970s community television archive: dead transmissions and a petrified studio audience cause us to inhabit and reflect on the ‘real labour of representation’.

This programme of performances celebrates the launch of The Sensible Stage: Staging and the Moving Image, a collection of newly commissioned texts that explore the moving image in relation to performance, time and the event, edited by Bridget Crone and published by Picture This.

Bridget Crone / Plenty Projects is a curator and writer based in London working across the UK and internationally. She convenes Film Exercise, a monthly screening and discussion programme, and has a particular interest in contemporary moving image and performance practices. She was director of Media Art Bath from 2006 to 2011, and in addition, has curated exhibitions and projects by artists including Gail Pickering, Tom Nicholson, Clare Gasson, and Pil and Galia Kollectiv; and for organisations such as Ian Potter Museum, Melbourne; Holburne Museum, Bath; Arnolfini, Bristol and the Showroom, London.

Picture This is an artists’ film and video commissioning agency and service provider. It commissions, produces and presents work across two platforms: its innovative Studio and its new project space, Video Shop.