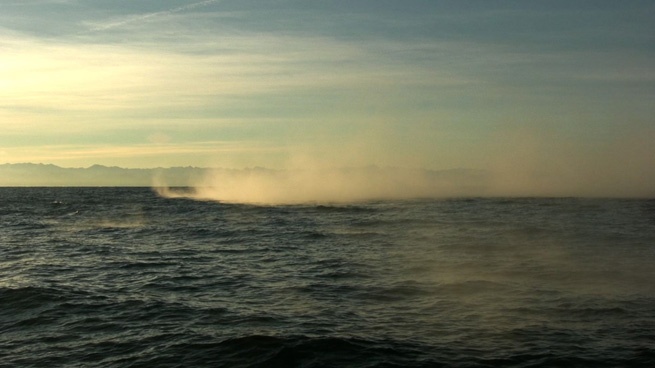 We welcome Sarah Turner to present this special screening to celebrate the launch of the LUX DVD/Bluray publication of Perestroika and Perestroika: Reconstructed. The screening is followed by a Q&A with director Sarah Turner and Helen de Witt, BFI Head of Cinemas.

Perestroika: Reconstructed remixes and extends Sarah Turner's acclaimed film Perestroika (2009) into two sequences. Combining the genres of documentary, essay film and film poem, Perestroika: Reconstructed melds two journeys taken on the Trans-Siberian railway twenty years apart. Part psychogeography, part dream and part environmental allegory, the film explores the process of memory: both what we forget and how we remember. Sequence one constitutes the 2009 version of the film, whilst the second sequence constructs a new framing narrative that reinterprets and reconfigures both the imagery and the experience of the first.

Limited to views from the window of the Trans-Siberian train, both sequences of Perestroika: Reconstructed conclude at Lake Baikal, the world's deepest lake, contrasting experiences of terror and apocalypse with those of beauty and tranquility, the one contaminating the other. In this uncanny return, the instability of the environment is twinned with the instability of memory, reenacting that within the projective experience of cinema. This extended work delves further into ideas of momentary truth, identity and how an uncontaminated experience of landscape is literally and metaphorically something that only exists in memory.

'A ruined hotel. A lake as big as a sea. And a death, never explained but by now as momentous to us, and as engulfing, as a black hole. What begins as a travelogue with philosophical trimmings turns into a puzzle picture worthy of Resnais or Antonioni.' Nigel Andrews, Financial Times

'Elegantly photographed, sound- designed to precise and goose- bumping effect, this is a rare and haunting work of memory-gleaning.' Sukdev Sandhu, The Telegraph

'Conceived with intelligence and arresting intensity' Peter Bradshaw, The Guardian