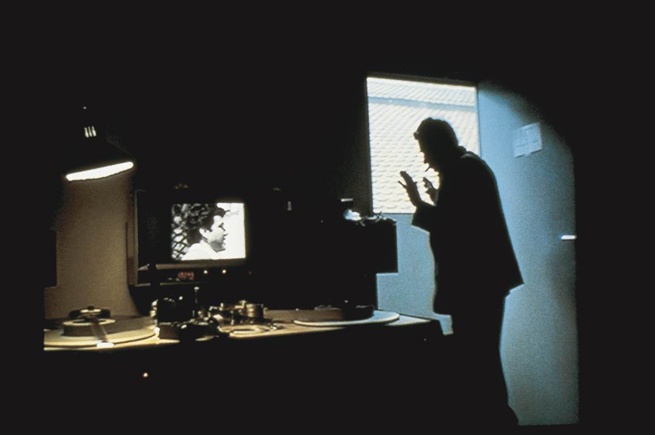 Pedro Costa: Where Does Your Hidden Smile Lie? + Q&A

'Quite simply a masterpiece, and probably the best documentary of any kind that I have ever seen' - Adrian Martin, Senses of Cinema

Pedro Costa was given privileged access to document the uncompromising filmmaking duo of Straub and Huillet - every cut and effect is discussed, and influences from Chaplin to Eisenstein are mentioned alongside the ethical and aesthetic implications of film technique. Costa later described the film as his first comedy and his first love story.

Read an interview between David Jenkins and Pedro Costa when he was at the ICA in 2012 for a screening of his film Ne Change Rien.

In collaboration with Second Run DVD.