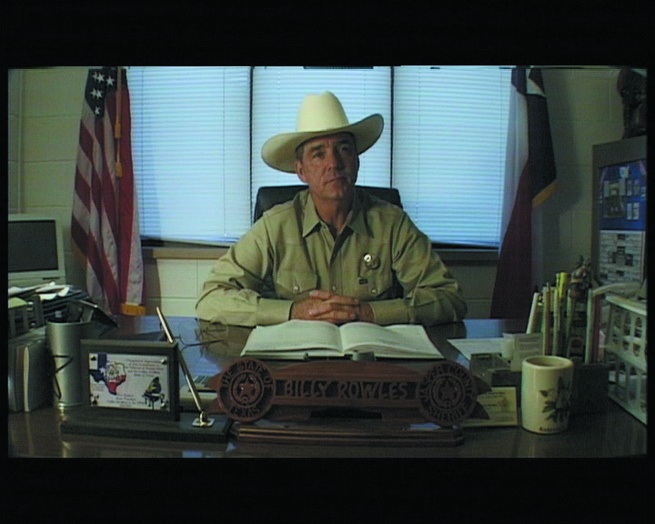 A screening of two Chantal Akerman films from the late 1990s.

Commissioned as part of the series: Cinéma, de notre temps

The legendary series of film-maker portraits curated by Janine Bazin and André Labarthe offered Akerman a commission. She chose, entirely consistently with her projects to date, to make a study of herself as film-maker. Why not? She had turned film-making back on itself, and discovered a feminised and ‘other’ sensibility, another way of seeing the world and self.

Akerman delivers a monologue about her work and thinking. This is followed by a montage of clips from her work, including Jeanne Dielman, Saute ma Ville, Hotel Monterrey, Histoires d'Amerique, Toute une nuit, Portrait d'une jeune fille de la fin des années 60 à Bruxelles, Les années 80 and so on.

Akerman closes with a simple statement of fact, without biographical adornment: "I was born in Brussels, that’s the truth."

Inspired by a love of the literature of William Faulkner and James Baldwin, Akerman planned a meditation on the American South, modeled perhaps on her prior D’est. But, just as she began work, James Byrd, Jr. was murdered in Jasper, Texas. A black man, he has severely beaten by three white men, chained to their truck, and dragged three miles through a black neighborhood.

Akerman’s engagement is not news reportage. Jasper, the context for the crime, must be scrutinised. Patient interviews reveal the people and their attitudes. Byrd's funeral is a moment of deep feeling.

This is a film that finds an alternative to the forensic investigation of In Cold Blood. This is a film that evokes a terrain, the folds of a psychological condition, the cold heart of white supremacism and the extraordinary nobility of the black community under attack.

Perhaps it is Akerman’s sense of exclusion, stemming from her family’s experience of the Holocaust, that enables her to see in this way.

How does the southern silence become so heavy and so menacing so suddenly? How do the trees and the whole natural environment evoke so intensely death, blood, and the weight of history? How does the present call up the past? And how does this past, with a mere gesture or a simple regard, haunt and torment you as you wander along an empty cotton field, or a dusty country road?