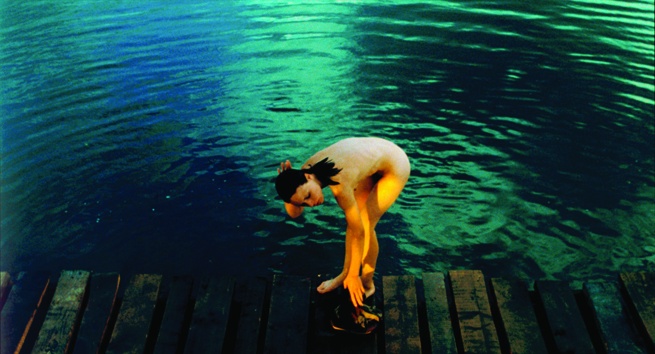 A quiet man (Lajko) returns to his village in the Danube delta, a region virtually cut off from the surrounding world. He decides to take over his late father’s dilapidated hut on the shore, and he is joined by his sister (Toth) as he undertakes the building of a pier and a house on stilts. As their relationship develops they are rejected by their family and ridiculed by the villagers.

Kornél Mundruczó makes great use of the delta’s waterways, and his slow travelling shots and images of nature capture an encroaching sense of menace. With a minimal plot and arresting set pieces, including a breathtaking sequence of boats in a funeral procession, the atmosphere is heightened by the use of music by Schubert and Popul Vuh.

Delta will be shown in rare 35mm