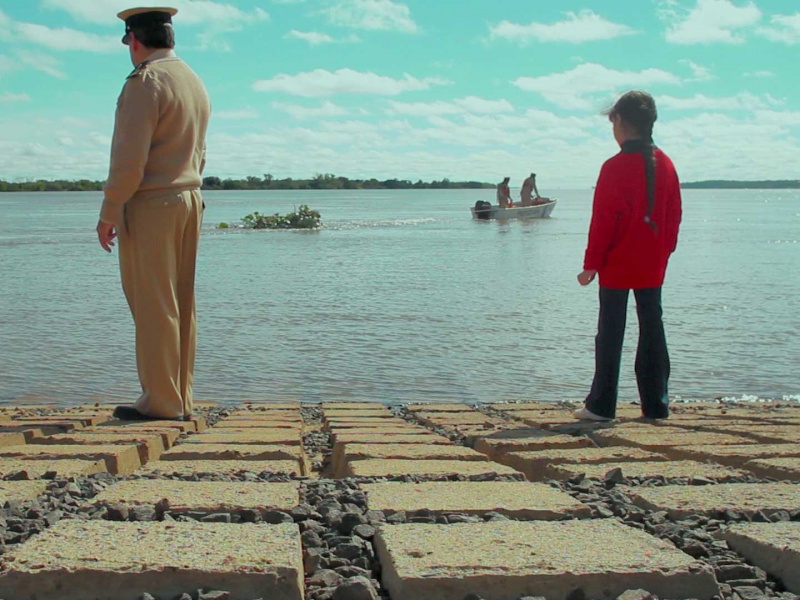 This programme delves deeper into the work of Argentine director Lucrecia Martel, presenting four shorts selected by Martel herself alongside the short film The Making of The Holy Girl (Dirs. Eileen Anipare, Jason Wood, UK, 2004, 28 mins).

Made between 1995 and 2015, in the period of time before The Swamp and Zama, these short films see Martel working in and outside of the system. Whether made independently or commissioned, all prove representative of both Martel's postcolonial, political filmmaking and singular style: an intersectional critique of gender, class and the marginalisation of indigenous communities made possible through a sensitivity to the sensorial, as well as innovative sound design, provocative composition and cinematography.

With a rhythm that foreshadows the high temperature and propulsive pace of her feature debut The Swamp, Martel's Dead King upends the Western genre with a fiercely feminist ending. Made as part of the 1995 anthology film Historias Breves – often said to have inaugurated the New Argentine Cinema movement – Dead King, one of Martel's first student films, was both a breakthrough and an early glimpse at what was to come.

Partly taking place on the Paraná River, where Martel's latest feature Zama is set, Nueva Argirópolis narrows its focus to the arrest of a group of indigenous people as they attempt to cross the river. Though commissioned by the Argentine Ministry of Culture to commemorate the bicentenary of the Revolución de Mayo, Martel's film subversively interrogates the sentiment of national pride and Argentina's relationship to its colonial past.

Carp contained in a fish tank describe their dream of being a car. A soundscape of music and distorted voices (provided by sound artist and singer/songwriter Juana Molina) give an oneiric and ominous quality to these images: an aggregate of bodies, living, breathing and gaping at the surface of the water, captured by Martel's camera in an existential cry upward beyond the fourth wall.

Moving between classrooms – static interiors and roaring, raucous exteriors – Leagues explores the subject of academic exclusion in native communities. Named after an archaic unit of measurement, Martel's postcolonial film depicts how education, though a social tool, can also create division and discrimination.

With thanks to Maureen Gueunet and Ross McDonnell for help with coordinating and programming notes.
Part of: Lucrecia Martel Retrospective