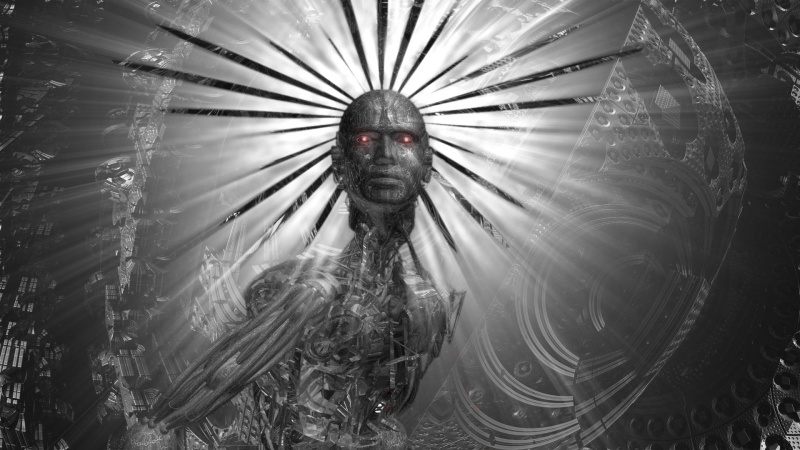 Join the London premiere screening of The Creator, a beautiful and surreal film by award-winning British filmmakers AL and AL, which follows Thinking Machines from the future on a mystical odyssey to discover their creator: legendary computer scientist Alan Turing. Decades ago, Turing famously asked, ‘Can machines think?’ and ever since, the notion of computers exceeding human intelligence has transfixed researchers and popular culture alike. Marking the centenary of Turing’s birth, The Creator screening will be followed by a Q & A with AL and AL who will also show some of their previous films and discuss how their approach to Mythological Portraits has inspired their work from Perpetual Motion in the Land of Milk and Honey (2004) through to Interstellar Stella (2006) and their collaboration with the composer Philip Glass and quantum physicist Brian Greene on their black hole sci-fi Icarus at the Edge of Time (2010).

AL and AL are British film Writers, Directors and Producers. Since 2001 the duo have created an award winning body of films which have screened internationally in film festivals, gallery exhibitions, site specific installations, concert hall performances and on television. In 2008 AL and AL premiered their first solo exhibition at the FACT gallery, and have toured to the National Art Museum of China in Beijing, and the Museum of Modern Art Antwerp and have subsequently been awarded the Liverpool Art Prize.