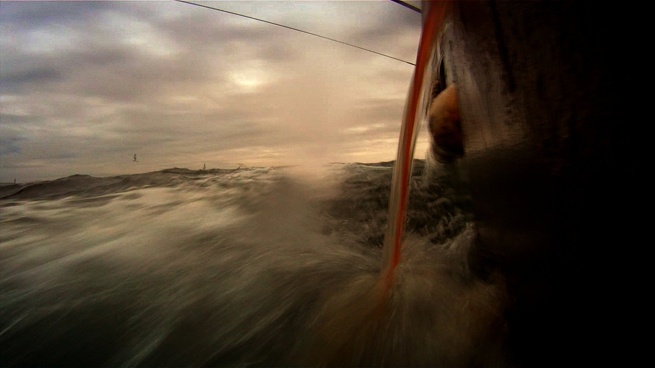 'There are moments in Leviathan so breathtaking that it's easy to forget they're also familiar.' New York Times
'Leviathan [...] delves into the thick of it, the camera merging with subjects living and dead, fashioning the natural world into the ultimate expressionistic accomplishment' Indiewire

One of the year's most anticipated documentaries, Leviathan takes us deep into the dangerous world of commercial fishing. Winning wide acclaim for its innovative and unprecedented approach to documentary making, this film (from the director of Sweetgrass, 2009) offers an utterly immersive cinematic experience.

Aboard a hulking Atlantic Ocean fishing trawler off the New England coast, the cycle of violent encounters of men, fish, birds and machines is captured in brutal yet beautiful detail. Flinging the viewer from the murky depths of the waters that once inspired Moby Dick, to a bird's eye view high above the ship's deck, this work is pervaded by an unforgettably visceral stream of camerawork.

A rare insight into one of mankind's oldest endeavours, Leviathan is an astonishing sensory experience that looks set to make its mark on filmmaking history.

All films are 18+ unless otherwise stated. Please note that £3 Tuesday cinema tickets are limited to one per member.