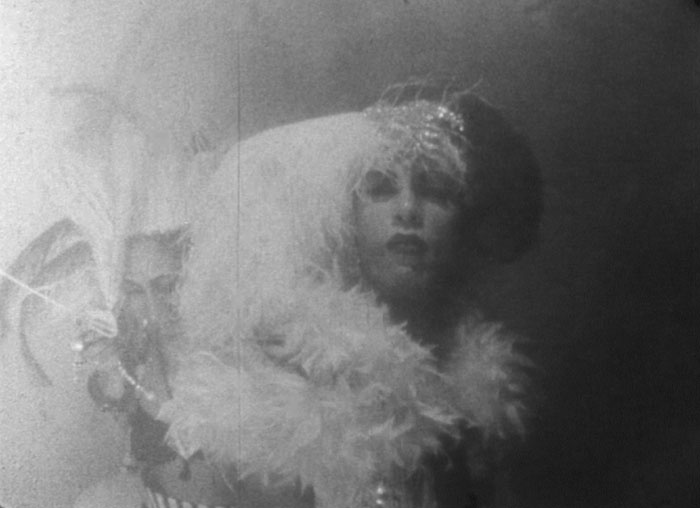 A selection of recently restored rare short films by Jack Smith screened on 16mm. Featuring I Was A Male Yvonne DeCarlo (1967-70s, 28 min), which stars Smith himself and takes its title from one of his live performances: I Was a Male Yvonne DeCarlo for the Lucky Landlord Underground, staged in the early 1980s. Shot mainly during the late '60s and edited a decade or more later, is one of several films and slide shows that feature the filmmaker as a mock celebrity. Yellow Sequence (1963-65, 15 min) is a gold toned coda to Normal Love featuring the same players such as Tiny Tim. Hot Air Specialists, Jack Smith (1980s, 7 min) is a documentation of a Jack Smith drag performance featuring a large red wig and finally Reefers of Technicolor Island (1967, 20 minutes) a studied exotic tropical island fantasy featuring Mario Montez.