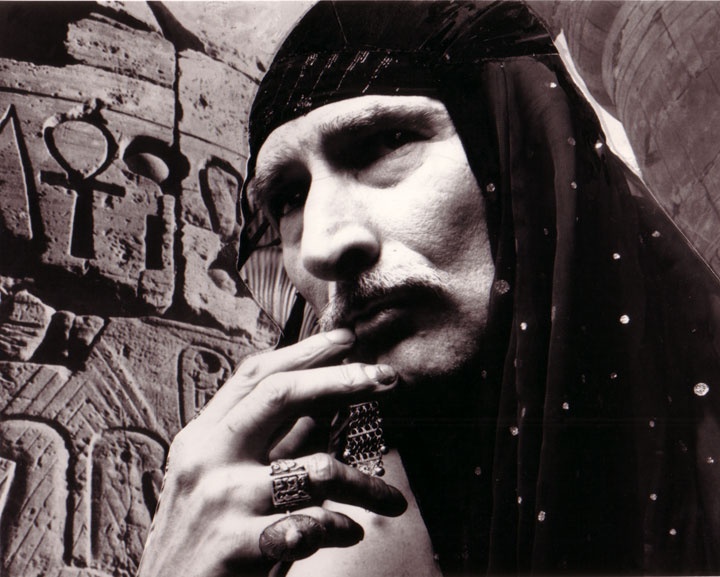 Jack Smith in the Movies

In Blonde Cobra (1963) Ken Jacob re-conceived abandoned footage from one of Smith’s unfinished projects (a monster movie-comedy collaboration with Bob Fleischner) into a portrait of the artist that Jonas Mekas immediately declared one of “four works that make up the real revolution in cinema today”.

Ron Rice was inspired to make Chumlum (1964) while working with Smith on the props for Smith's Normal Love and depicts Smith and members of his cast in a colorful reverie of superimpositions and costumed figures—including Smith in Arabian dress—dancing and swinging on hammocks in Rice’s downtown loft.

Finally Andy Warhol's Camp (1965) is a variety show of Factory luminaries with Gerard Malanga as the master of ceremonies. Gerard also does a poetry reading. Paul Swan, the famous turn of the century modern dancer, restages one of his old dances and ends up dancing with Jane Holzer. Mario Montez sings If I Could Shimmy Like My Sister Kate and dances in drag, Singer Tally Brown imitates Yma Sumac and introduces Jack Smith who crosses the Factory floor and dramatically opens a closet door.