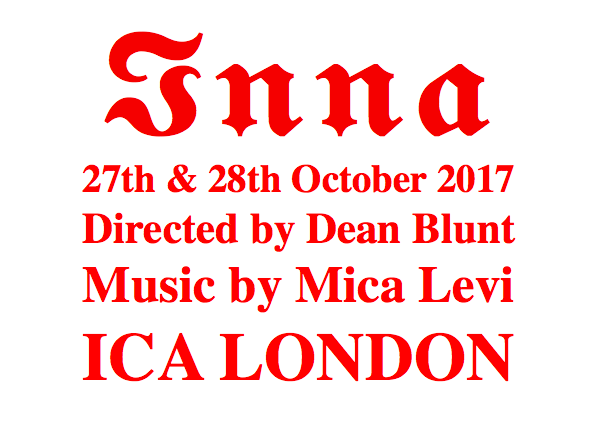 An opera written and directed by Dean Blunt, with music by Mica Levi.

Cause anything's possible
Oh anything is possible

Mica Levi is a musician and composer based in London. She formed the band Micachu and The Shapes in 2008, releasing albums Jewellery (2009), Chopped & Screwed (2010), Never (2012) and Good Happy Sad Bad (2015). Levi has written and produced film scores for Under the Skin (2013) directed by Jonathan Glazer and Jackie (2016) directed by Pablo Larraín, for which she was nominated for an Academy Award.