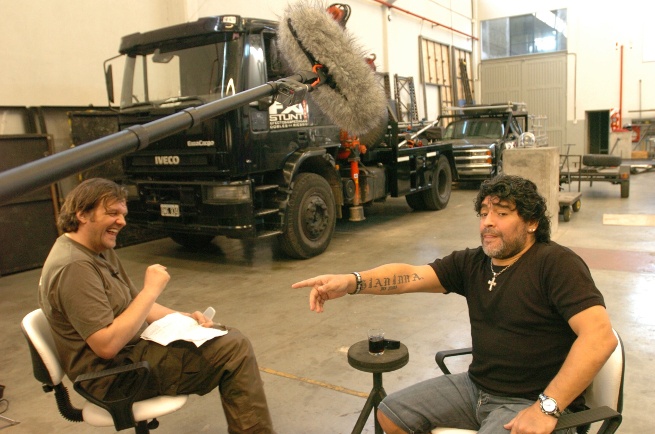 Emir Kusturica produced this affectionate and celebratory portrait of Diego Maradona in order to reveal a different side to the fallen idol image associated with Argentina’s most famed footballer.

“It is the first film that will treat all the aspects of the life of Maradona.” Revelling in Maradona’s role as a champion in the sporting world and a hero to millions around the world, the film exudes Kusturica’s admiration for the man known as "The Golden Boy".

Archive footage of interviews, televised games and family films delve into Maradona’s early life and career with an intent focus on his family connections and the events leading to his turbulent years of drug abuse. Kusturica is frequently present in his documentary and parallels become apparent between Maradona’s erratic life and fluctuating career and the unpredictability of the director’s signature whimsical cinematic style.